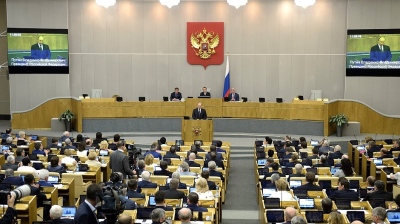 President Vladimir Putin’s approval continues to hover in the low eighties, following the sustained wave of support that grew up around the annexation of Crimea in mid-2014.
By Henry Kirby in London July 1, 2016

President Vladimir Putin’s United Russia party would win control of the state duma by a landslide if elections were held this month, a poll by Moscow’s Levada-Center has found. The survey clearly points the way for the party to maintain its grip on power in the upcoming September vote.

Of respondents who said that they would vote in the election, 55% would opt for the ruling United Russia party and incumbent Prime Minister Dmitry Medvedev. United Russia’s rating is more than triple that of its nearest rival, Gennady Zyuganov’s Communist Party, which would only win 18% of the vote. 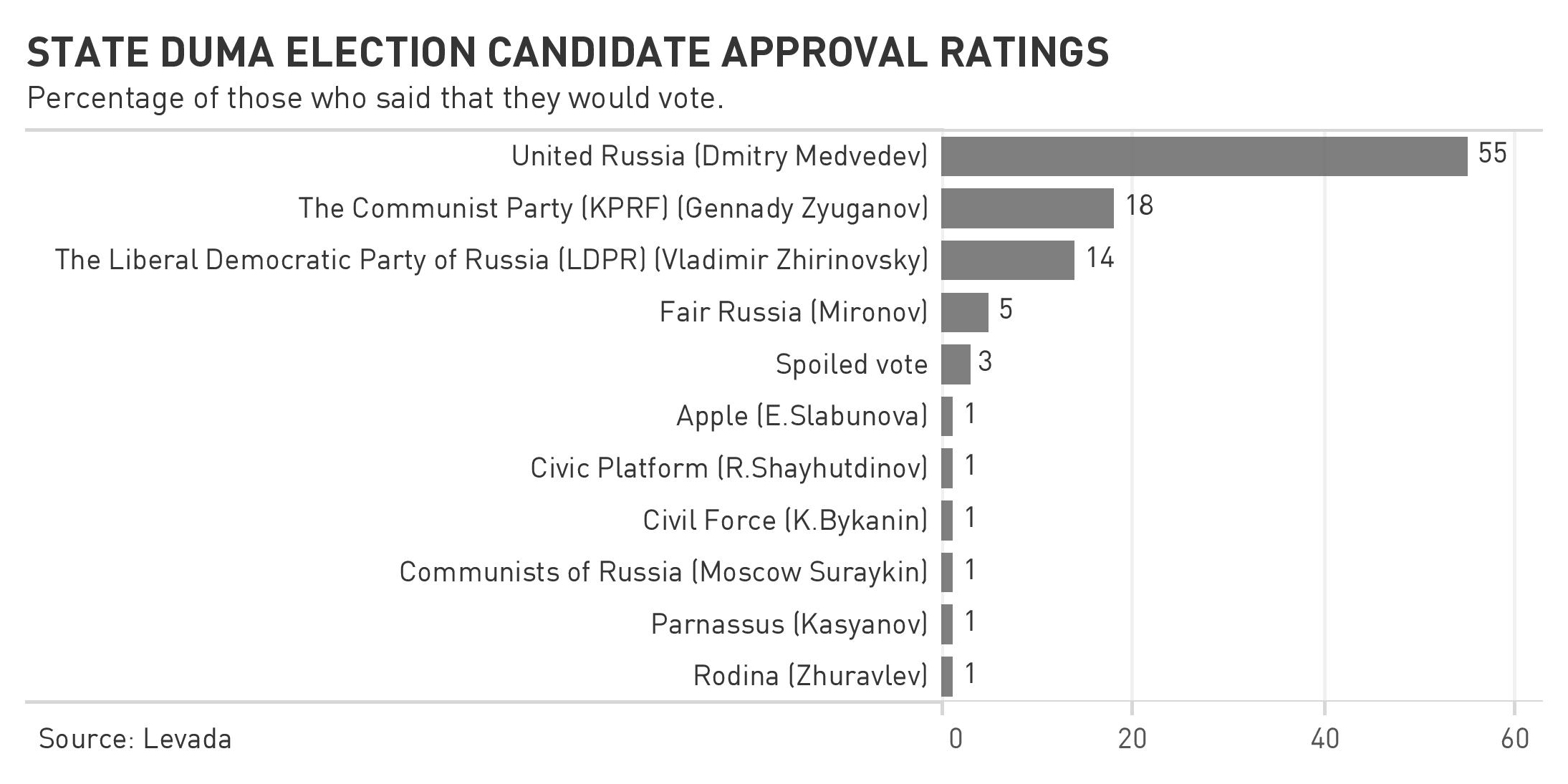 Meanwhile, Putin’s approval rating continues to hover in the low eighties, following the sustained wave of support that grew up around the annexation of Crimea in mid-2014.

September’s election comes at a time when support for local governors and the government as a whole is waning. A note from investment bank VTB Capital highlights the fact that the popularity of regional governors is now three points lower than its 2013 average. That lull comes just weeks before 39 regional legislature elections are set to take place, which will offer over half the country’s population the chance to vote.

A further poll by the Levada-Center asked respondents to rate how fair and transparent they expect this autmun’s duma election to be. Only 44% believe that the vote will be fair and lawful, while 38% expect illegal practices such as ballot tampering and the pressuring of voters.

A full 22% believe that manipulation of the results by regional electoral commissions is the most likely abuse. An equal proportion of respondents believe that the Russian state will use public administrative resources to promote United Russia in the campaign. 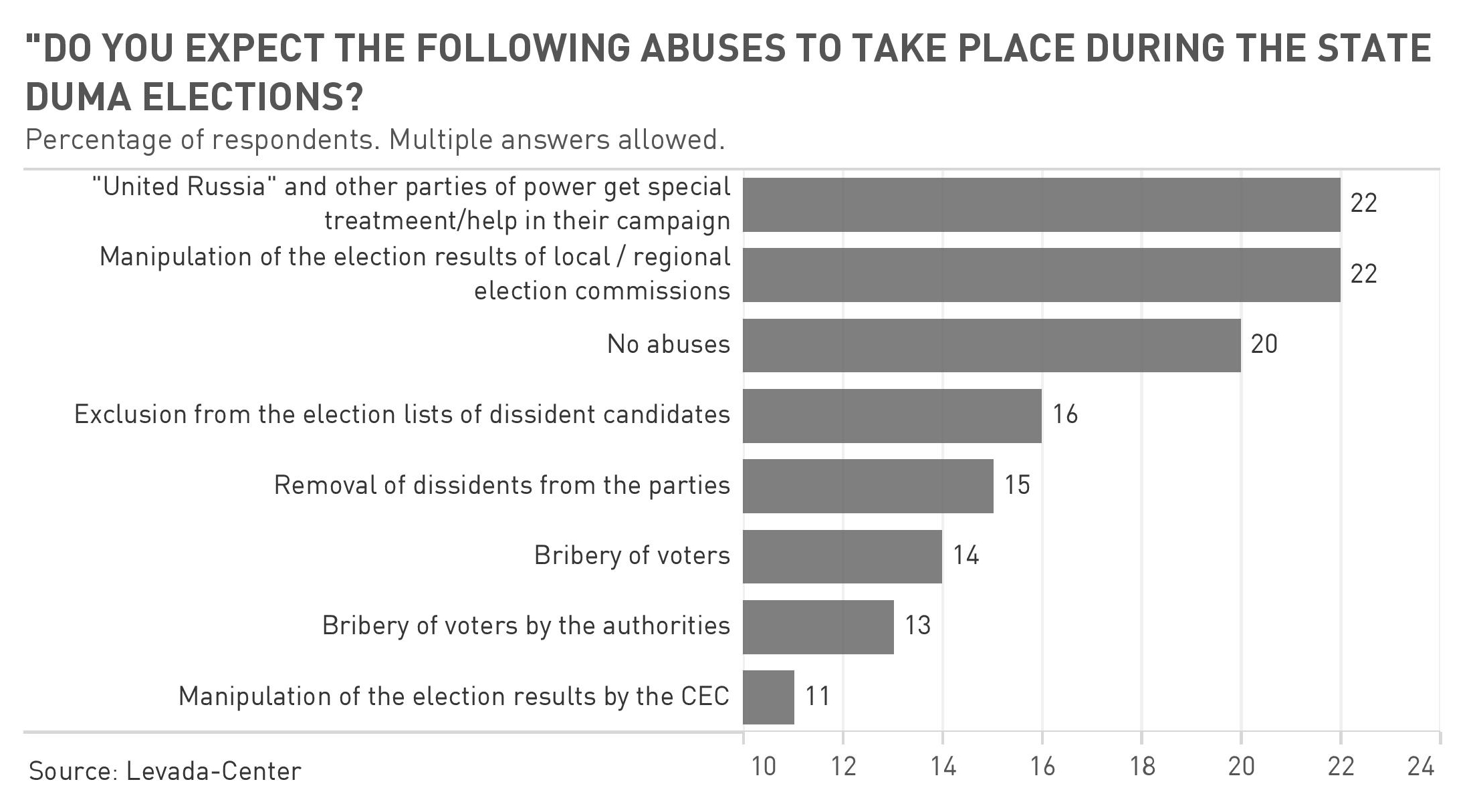 Births, marriages and deaths all down in Latvia in 9M20
1 day ago
Poland’s core inflation bounces back up to 4.3% y/y in September
2 days ago
Poland’s CPI picks up to 3.2% y/y in September as COVID-19 restrictions drive up cost of services
4 days ago
Exports tumble across Baltics in 8M20
4 days ago
Russia’s Watcom shopping index begins to fall again as coronavirus infections hit new record highs
5 days ago