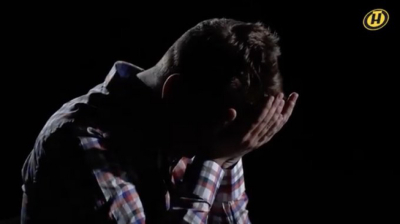 Jailed top Belarusian opposition journalist Roman Protasevich appeared in an interview on state TV where he praised Belarus' President Alexander Lukashenko and said that he has “balls of steel” on June 3.

“I realised that many things Aleksandr Grigoryevich [Lukashenko] is criticised for are just attempts to pressure him, and that in many moments he acted like… a man with balls of steel,” Protasevich says, adding that he “absolutely” respects the strongman who’s ruled for 27 years.

Protasevich is the former editor-in-chief of the Nexta opposition Telegram channel that was instrumental in informing the hundreds of thousands of Belarusian that took the streets to protest following the August 9 disputed presidential elections. Nexta also played a key role in co-ordinating the crowds in real time to outfox security forces trying to prevent the demonstrations.

He was arrested after Lukashenko scrambled a MiG-29 fighter jet and ordered down a commercial Ryanair flight carrying Protasevich along with over 120 other passengers, as it briefly crossed Belarusian airspace.

This is the second video Protasevich has appeared in since his arrest ten days ago. In the first shot in his detention centre he also confessed to his crimes. His friends and family pointed to marks on his face and an apparent bruise on his neck, saying he showed signs of being beaten.

Protasevich’s girlfriend Sofia Sapega, a Russian national, also appeared in a similar video released the following day where she also confessed to sedition.

Increasing evidence has emerged that the whole operation was designed to bring down the same plane two days earlier that was carrying opposition leader Svetlana Tikhanovskaya home from a conference in Athens to her home in exile in Lithuania, but she changed planes at the last minute and flew home on a different flight.

Protasevich has been an outspoken critic of Lukashenko’s for years, but did a complete volte face in the interview, repeating most of the state’s talking points. His supporters claim that he has been subjected to torture and beatings in jail to coerce his confessions. The TV interview footage showed what look like cuts on his wrists that appear to have been made by handcuffs. 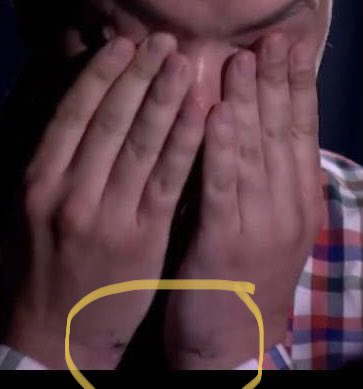 “Poland and Lithuania have an interest in supporting the protests in Belarus because it lets them make loud statements with the approval of the collective West,” Protasevich says, repeating almost verbatim the Lukashenko government line.

More importantly, he also confessed to the charges levelled against of organising mass unrest that carries a 15-year jail sentence if convicted.

“It’s painful to see “confessions” of Raman Pratasevich. His parents believe he was tortured. This is not [the] Raman I know. This man on Goebbels’ TV is the hostage of the regime, and we must make all possible [efforts] to release him and the other 460 political prisoners,” Franak Viacorka, a journalist and Tikhanovskaya’s spokesperson, said in a tweet.

The EU is expected to announce the first round of sanctions over the Ryanair incident on June 4 that will include EU ambassadors banning Belarusian flights from flying over EU airspace and from using the bloc’s airports, several diplomats told Politico. The ban was first agreed by EU leaders at a meeting last week and could come into force at midnight if all goes according to plan.

The Council is finalising a list of those involved in the hijacking of the Ryanair flight to sanction and the ranks of those on the list will be closely watched. So far, the list includes seven officials and one entity, according to two diplomats speaking to Politico. A third said there are also two ministers on the list. More sanctions will be discussed at the next meeting of foreign ministers scheduled for June 21.

The EU has already proposed banning Belarus’ exports of potash to the EU and has discussed the possibility of extending the sanctions to the export of refined oil products as well.

Ukraine will receive $5.5bn in support from the US later this month
12 hours ago
John Malkovich to turn Skopje into Hollywood of the Balkans
12 hours ago
Envoy says start made on construction of Turkish attack drone factory in Ukraine
21 hours ago
Huge explosion rocks Russian airbase on the Crimean peninsula
1 day ago
Russia cuts oil flow via Ukraine's Druzhba pipeline, blaming sanctions for blocking transit payments
1 day ago