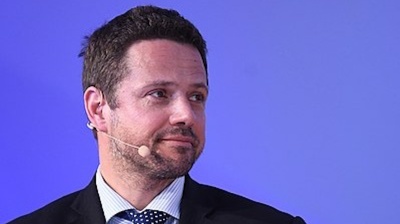 Trzaskowski will be PO’s hope to revive the party’s presidential bid after the previous pick, Malgorzata Kidawa-Blonska, fell short of standing up to the challenge of campaigning during the coronavirus (COVID-19) pandemic.

Two polls, carried out immediately after the announcement of Trzaskowski’s bid, showed him as capable of meeting the incumbent President Andrzej Duda, an ally of the Law and Justice (PiS) led government, in a run-off vote, which will happen if Duda does not win 50% of the vote in the first round of the election.

That is a realistic possibility. Duda now has to campaign in the context of a worsening economic crisis after PiS failed to push a mail-in only election on the constitutional date of May 10. That led PiS to call off the May 10 vote in a blatant violation of Poland’s constitution.

Work is currently underway now to establish a new election date in late June or mid-July.

Trzaskowski might, however, be too late to the game. Other candidates have risen in the meantime, having managed to move their campaigns online during the coronavirus lockdown, a feat that Kidawa-Blonska proved unable to pull off.

Trzaskowski’s campaign will now have to figure out a way of getting decisively ahead of Polish People’s Party’s Wladyslaw Kosiniak-Kamysz and an independent candidate, TV personality Szymon Holownia, if the run-off against Duda is to become a reality.

A run-off vote between an opposition candidate and Duda could see the incumbent defeated because of a likely coalescence of opposition votes against PiS’s candidate, a number of earlier polls have shown.

Trzaskowski successfully won the mayoral contest in Warsaw by a landslide agianst PiS’ candidate in local elections in 2018. Should Trzaskowski beat Duda now, he will vacate the mayor position, which, by law, the PiS-led government will fill with a commissioner of its own choice until a by-election is held in three months’ time.

Trzaskowski is 48 years old. In 2009-2013 he was a member of the European Parliament. He has also held a number of government positions, including a stint as the administration and digitisation minister in 2013-2014.