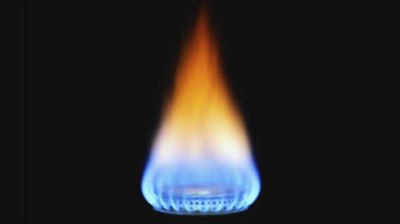 Since the start of May Naftogaz has increased the load in the Slovakian pipeline to 75.5% of the existing capacity compared with 22.4% during April 2019.
By Ben Aris in Berlin May 5, 2019

Ukraine’s national gas company Naftogaz believes that Russia will cut off its gas supplies completely on January 1, 2020 and is rushing to build up reserves as high as possible so that Ukraine can get through the freezing winter.

Russian President Vladimir Putin warned Ukraine that no gas in the pipeline means no gas for Ukraine. “Imagine that there is no transit, then there will be no gas supply to Ukraine,” he told reporters, as cited by UNIAN on May 2.

Last year Ukraine accumulated 17.2bn cubic metres (bcm) of gas in its underground storage facilities – the highest level in the last six years — but it is on course to beat that record this year. Andriy Kobolev, head of state energy company Naftogaz Ukrayiny, said Ukraine will accumulate 20 bcm of gas ahead of next winter — a new record.

"It is important to have heat in Ukrainian homes even if Gazprom is going to trigger another crisis," Kobolev said on May 2. "European traders are also creating additional reserves."

Natural gas stocks in Ukraine's underground storage facilities (USFs) have increased by 7.8%, or by 685mn cubic metres, to 9.439bcm since April 5, when Ukraine started loading up reserves for the coming winter.

As of April 30, gas reserves in the country's USFs were up 19% up from 7.93bcm reported as of April 30, 2018, and the USFs are already 30% full, according to the state-run owned gas transport system operator Ukrtransgaz.

Ukraine consumes about 35bcm of gas a year, of which some 20bcm is produced domestically and the rest is imported. However, the bulk of Soviet-era USFs were built in Ukraine and can hold up to 31bcm of gas.

What Naftogaz is afraid of is if Russia stops all transit deliveries via Ukraine to its European customers there may be a shortage of gas in Europe and not only will imports from Russia cease, but those from Ukraine’s western partners as well.

In preparation Ukraine significantly boosted imports of natural gas from Europe starting on May 1, 2019, loading the Slovakian pipeline by 75.5% of the existing capacity compared with 22.4% of loading during April 2019.

According to updated data from the Slovak operator Eustream, gas supply to Ukraine on May 1 was 32.1mn cubic metres, which is 3.4 times higher than the average daily imports by the country from Slovakia in April (9.5mn cubic metres). 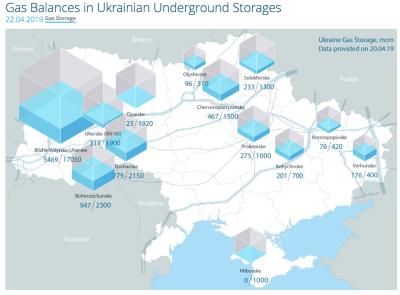