Moldova pulled back from the brink 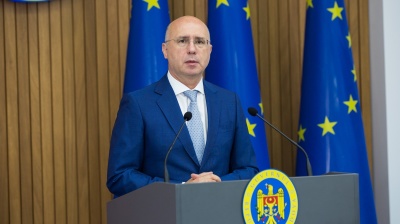 Pavel Filip, who headed a government controlled by oligarch Vlad Plahotnuic, stepped down, ending the political crisis in Moldova.
By Iulian Ernst in Bucharest June 17, 2019

The outgoing government of Prime Minister Pavel Filip resigned on June 14, bringing an end to a standoff that had seen two rival governments — one headed by Filip and a new government under Maia Sandu and backed by President Igor Dodon — installed in Chisinau.

Another critical decision followed on June 15, when the Constitutional Court cancelled its decisions issued on June 7-9, by which it set a firm deadline for the formation of a new government, invalidated the new government and suspended Dodon thus allowing Filip (as interim president) to call early elections. All the decisions were undone “to reflect the current situation”.

This averted fears that a prolonged standoff between the rival governments could lead to unrest on a scale that followed the disputed elections of 2009.

The Constitutional Court explained that it grounded its decision to cancel the whole series of previous decisions on “the actual situation in the Republic of Moldova, particularly regarding the announcement about the power hand over to the government of Prime Minister Maia Sandu and the coalition formed in the Parliament of Moldova”.

The decision is intended “to be a source of social peace, to maintain the rule of law, democracy, and guarantee adequate circumstances for the protection of human rights by combating a far-reaching political instability,” the Constitutional Court explained.

By the annulment of the court's acts from 7-9 June, the parliament led by speaker Zinaida Greceanii acquires status as the constitutional parliament, while the normative acts adopted by it so far, as well as the acts adopted by Sandu’s government, become valid as well.

Although the constitutional crisis has been settled and the state institutions are now under the control of a coalition approved by a majority of lawmakers, the political situation remains complex given the opposite strategies voiced by the two members of the coalition regarding the development of the country.

Dodon’s pro-Russian Socialist Party and the pro-EU bloc ACUM led by Sandu and Andrei Nastase will keep working together to dismantle the apparatus developed within the state institutions by oligarch Vlad Plahotniuc, who controlled the previous government. But even on this issue their approaches are different and this was visible from the very beginning. While Sandu urged members of the Constitutional Court to resign after their decisions indicated political bias, Dodon has refrained from commenting and seems more likely to cooperate with those who served Plahotniuc in the past.

Dodon is much more experienced than his younger ruling partners. He is expected to gradually approach delicate topics such as the separatist republic of Transnistria, the strengthening of economic ties with Russia and Moldova’s neutrality (requiring the cooperation in military field with Nato and Romania). While Filip’s former government took a vocal position against Russia in an attempt to capture the support of the country’s Western partners, Dodon’s new pro-EU partners are in a much more delicate situation.

Should the new government manage to tackle low-level corruption it is likely to gain significant support from both the electorate and the country’s external partners (both eastern and western).

At the same time, Dodon is expected to take advantage of the situation and take small steps to reposition Moldova’s foreign policy assuming none of the country’s foreign partners take firm steps. Ukraine, one of Moldova’s two immediate neighbours, may start to play a more active role. Kyiv has already proposed a partnership with Moldova aimed at securing the country’s energy independence.