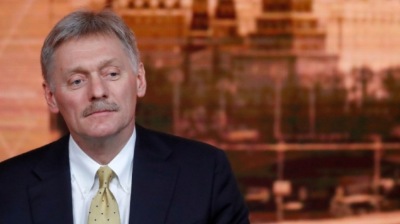 There have been a string of signs from the Kremlin that it is slowly losing its patience with Belarus' self-appointed President Alexander Lukashenko as the brutality of his repressive tactics continues to ratchet up.

“Violence against Belarusian protesters by law enforcement is unacceptable, but some officers were provoked,” Russian presidential spokesman Dmitry Peskov said, noting that Moscow is monitoring the situation in Minsk very closely.

In the latest escalation, the authorities turned off the water and heating to several districts in Minsk as masked security offices went from house to house searching for the red and white flags of protesters.

“Active urban communities in #Belarus are terrorised by the regime in many ways. Residents of Novaya Baravaya in Minsk are left without water & heating. Lukashenka's thugs search there for flags of protesters. Basic human rights violations on a daily basis,” opposition leader Svetlana Tikhanovskaya tweeted.

Peskov’s comments were as close as the Kremlin has come to open condemnation of the increasing police violence that ended with an innocent protester, Raman Bandarenka (Russian: Roman Bandernko), being bludgeoned to death on November 12 after he objected to police cutting down red and white ribbons in the Peremen Square, better known to Minskians as the Square of Changes.

In the last two Sunday mass demonstrations the police have arrested over 1,000 people, numbers not seen since the first three days of the protests following the disputed August 9 presidential elections. And at last week’s demonstration to commemorate Bandarenka’s death there were reports of screaming coming from the detention centres where protesters arrested at an impromptu memorial to Bandarenka were taken by the OMON riot police.

The murder of protesters, beaten to death in broad daylight and on camera, is a bridge too far even for the Kremlin, but Lukashenko seems to becoming ever more desperate. Despite the fact that he remains in office and has maintained the loyalty of the security and police forces, he has not regained control of the streets and he continues to face almost universal rejection even if the demonstrations and a general strike have largely failed to oust him and are losing momentum.

That leaves the Kremlin in an awkward position, as it appears that it is trying to find an alternative candidate to replace Lukashenko but is short of time and with his diminishing creditability organising a peaceful transition to a new government that is acceptable to both the Kremlin and the Belarusian people is becoming increasingly difficult.

“As President Lukashenko said himself, brutality that was not provoked by the actions of protesters is undesirable and unacceptable, of course,” Peskov said as cited by RT. “But we cannot ignore the fact that there are also provocations against law enforcement officers,” Peskov added.  “We are very closely following what is happening in Belarus. This is our Union State and our fraternal people – Belarus… Of course, we would like to see Belarus calm, stable and prosperous, and we hope that this will be the case."

Lukashenko surprised observers by visiting opposition presidential candidate Viktor Babariko in jail last month for talks, the content of which was not released.

Observers speculated that some sort of deal was discussed. Babariko was the leading opposition candidate and most likely to defeat Lukashenko in a fair election. But he also worked for Gazprombank for 20 years and has generally pro-Russian views, although he has clearly called for Belarusian sovereignty as the overreaching goal. However, he is seen as a possible replacement for Lukashenko that would be acceptable to both the Kremlin and the Belarusian people.

More recently, the Russian UN envoy Vasily Nebenzya admitted to having an informal meeting with Tikhanovskaya – the first reports of direct contact between the Kremlin and the Belarusian opposition.

Lukashenko has refused to meet with the opposition leaders point blank, afraid of giving them any legitimacy. However, Nebenzya said he sees no problem in talking to Tikhanovskaya.