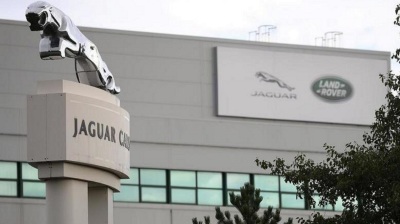 Jaguar Land Rover (JLR) is opening a brand-new engineering centre in Hungary, it was announced on November 2. The news comes a week after the UK automaker officially launched its €1.4bn plant in Nitra, Slovakia with an initial capacity of 150,000 vehicles.

The facility will open early next year and employ 100 Hungarian engineers. Jaguar has similar facilities only in the UK, Ireland, the US, and China.

The government has offered major incentives for global manufacturers to invest in Hungary. The vehicle sector has been the main target for investors with generous cash subsidies and tax breaks given to investors. BMW's €1bn investment in eastern Hungary will receive a HUF12.3bn (€37.8mn) subsidy.

The German carmaker announced at the end of July that it would build a new plant in Hungary, the first production facility in Europe in 20 years, with a capacity to turn out 150,000 conventional and electric vehicles annually from 2023.

Last year Audi, Mercedes, Suzuki, and Opel turned out a total of 472,000 cars or some 2.8% of the 19mn cars manufactured in the EU. With the investment by BMW and the second plant by Mercedes, Hungary's annual car production could rise to 800,000 by 2023.

Hungary’s vehicle sector is set to surpass last year’s HUF8.5 trillion (€26.1bn) production value, which was met in the first eight months of this year. Some 91% of output is exported and the sector accounted for 28.2% of the country's industrial production.

The announcement by Jaguar Land Rover marks a new chapter in the Hungarian automotive industry as we welcome a new premium OEM to our country, Hungarian Foreign and Trade Minister Peter Szijjarto said. "The investment reaffirms our foreign direct investment strategy and in particular our specific focus on high-quality automotive-related growth," he added.

Nick Rogers, executive director of product engineering, said: "Hungary has a strong track record in automotive engineering. We have chosen it as the location for a new engineering office to enable close collaboration with our suppliers located in central and Eastern Europe."

JLR has warned that its UK factories may be hit if Britain leaves the EU without a trade deal, disrupting supply chains.