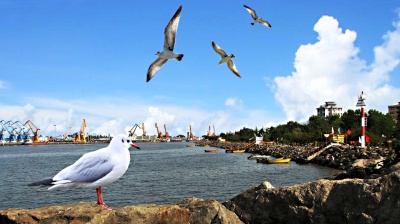 Bandar-e Anzali in Iran on the southern shores of the Caspian Sea.
By bne IntelliNews August 12, 2019

Iran has said it is opposed to the construction of the Trans-Caspian Gas Pipeline due to ecology concerns, Ria Novosti reported from the Caspian Economic Forum in the Turkmen resort of Avaza on August 12.

An official from National Iranian Gas Company (NIGC) said the plan to connect Turkmenistan’s gas fields with Azerbaijan with a subsea pipeline would cause serious ecological damage in the Caspian Sea. 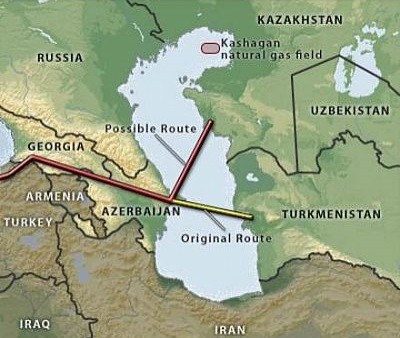 "The construction of a gas pipeline from the east to the west of the Caspian Sea could cause severe damage to the region’s ecology... Iran is opposed to its construction," said Behrouz Namdari, speaking at the Caspian Economic Forum.

He added that Iran was offering its neighbours opportunities to use its infrastructure, including gas pipelines and terminals, to supply gas to world markets.

The Turkmen would like to see their gas transited through the Trans-Caspian Gas Pipeline flow on to European markets via Azerbaijan. Iran has an eye on tying neighbouring Turkmenistan into Iran’s gas network, a move that would allow Tehran to accrue transit income from gas sent further afield to export markets.

If via Azerbaijani and Georgian links Turkmenistan was connected to the Trans Anatolian Gas Pipeline (TANAP) that reaches the Greek border through Turkey, the Turkmen would open up a route to exporting gas to European markets. TANAP connects to the Trans-Adriatic Pipeline (TAP) that is to make landfall in southern Italy via Albania and a subsea route under the Adriatic Sea.

Azerbaijan has reported its first death caused by the coronavirus, BBC Azeri reported on March 12 as the country continued to go into lockdown in response to the spread of the pandemic. The person ... more

Azerbaijan, Iran to start construction of cross-border bypass at Astara

Border officials of Iran and Azerbaijan this week met to discuss a planned 1,300-metre multi-lane dual carriageway that will span the border of the two countries by the city of Astara located on the ... more

Hungarian oil firm MOL is poised to land a stake in Azerbaijan’s biggest oil project through a $1.57bn deal with US major Chevron. MOL said on November 4 it ... more