INTERVIEW: Metinvest reports record results, but expects the market to cool from here 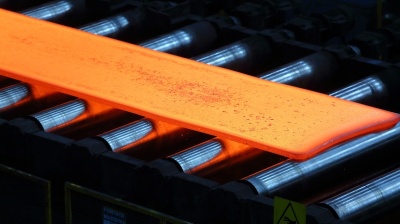 Ukraine’s biggest company, the iron and steel producer Metinvest, just reported its best results in 13 years, but the market for metals is starting to cool now and the CEO is focused on building a long-term sustainable business. / wiki
By Ben Aris in Berlin September 2, 2021 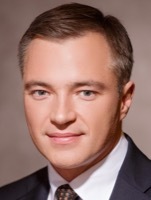 Ukraine’s biggest company, the iron and steel producer Metinvest, just reported its best results in 13 years. High profits and strong revenues were due to the buoyant market that has seen iron prices rise to nine-year highs, but Metinvest’s CEO Yuriy Ryzhenkov told bne IntelliNews in an exclusive interview that the company had also added $370mn of gains from rationalisation in the first six months of this year, productivity increases and management improvements.

“A good market lifts all boats and there is a very nice rally on the metals market at the moment that started at the end of last year, but we have also added $368mn in financial gains as the result purely internal improvements,” Ryzhenkov told bne IntelliNews by phone from Kyiv.

Metinvest invested over $1bn in 2020 into improving its production, which resulted in a 5% increase in productivity, and plans to keep its capex at $1.5bn each year over the next three years to continue its modernisation programme going, says Ryzhenkov. At the same time, the investments have seen a reduction in the consumption of inputs like coking coal that has also improved the productivity of operations. 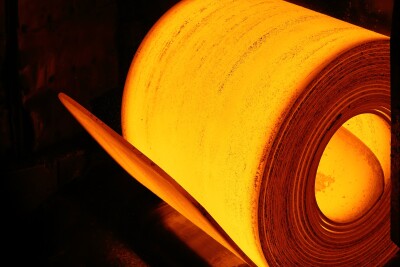 Market to cool off

The rally in commodity prices began around last November at the same time as the first coronavirus (COVID-19) vaccines appeared. As bne IntelliNews reported at the time, it seems that not only did populations start going back to eating out in restaurants and getting their hair cut again, but industrialists also anticipated re-opening their factories and began ordering commodities again in anticipation of a return to normality, driving up prices in the process.

However, Ryzhenkov believes that the commodities market has already passed its peak as economies start to find a new equilibrium after the shock and correction phase of the coronacrisis has passed.

“Next month we will probably pass peak and prices will begin their downward slope,” says Ryzhenko. “Iron prices have already fallen from $220 per tonne to $150 and there is a similar trend in steel that is down 20%. There is a normalisation of the market, as the previous high prices were not sustainable. There is no unusual financial crisis like in 2008 so there will be a price reduction but it will be more gradual as the market rebalances. However, there is still a risk of a fourth wave of the COVID virus that could impact the economy in the second half of this year.”

Ryzhenkov doesn't think the risk is too great and expects Metinvest to turn in the same sort of results it produced in the second quarter – very good.

In addition to the modernising and efficiency programme the company has been remaking its profile to become more self-sufficient in inputs through a couple of large M&A deals.

In August Metinvest bought the Dniprovskyy Steel mill in a privatisation of the bankrupt company that has added 2.4-2.5mn tonnes per year (tpy) of steel production capacity to the company’s output, paying UAH9.17bn ($339mn) for the assets via its subsidiary Dniprovskyy Coke, the only company that decided to participate in the July 26 auction.

Metinvest also bought Ukraine’s biggest Pokrovske coking coal producer in March, which mines and processes coal to make coking coal and completely satisfy Metinvest’s needs for the essential input into the steel-making business. As bne IntelliNews reported this month, the company is in the process of squeezing out the minority shareholders to take complete control of the business. Metinvest intends to invest into these assets too and production at Pokrovske was already up 20% in the first half of this year. 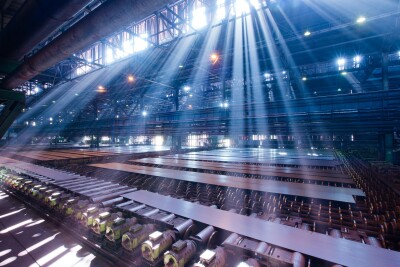 After several years of coping with the aftermath of various crises the company has also been taking advantage of the opportunity to clean up the company’s loan portfolio. That means that Metinvest will be able to return more in the way of dividends to shareholders as a result, says Ryzhenko.

The company is paying generous dividends to its shareholders, the biggest of which is Ukraine’s richest man, Rinat Akhmetov. After the Dniprovsky Metallurgical Plan deal Akhmetov’s holding company System Capital Management (SCM) owns 70% of Ukraine’s steel production, according to analytics website SteelOrbis, as cited by the Kyiv Post.

“We pay dividends on a par with our peers,” says Ryzhenko. “It's the cash we take in minus capex, debt payments, and what we consider necessary as working capital (about $500mn). The rest goes to dividends.”

And those dividends will increase now that Metinvest has used some of the extra cash it earned to pay down debt.

In March Metinvest repaid $150mn of its pre-export loan facility ahead of schedule, according to the company’s March 26 investor release. And then in June it repurchased around $150mn of its 2023 Eurobonds from investors.

“We are deleveraging,” says Ryzhenko. “We have already reduced the debt by $1bn and in the third quarter we will pay more, bringing the reduction this year to about $1.3bn. That will leave a total of $2.2bn but the next big payment will only be in 2023 and for only less than $200mn.”

Ukraine’s economy has been recovering and the leading companies like Metinvest continue to invest and improve their operations, but Ukraine remains in transition and fragile. Growing from a low base is easy, says Ryzhenko, but he remains cautious on the future, which remains uncertain.

“The growth in the first half of this year was 3%, which is not bad, and 5.4% in the second quarter, but that is compared to a 7% contraction in the second quarter of 2020, so it's not as impressive as it sounds,” says Ryzhenko. “There is also a good commodity cycle – iron, steel, grain are all up. That helps the government and gives them more taxes and improves the balance of payments. But these are several unusual things that depend on the world’s economy. They are all external factors and those tend to change. They are not driven by internal changes.”

Ryzhenko says that the coronacrisis has been fairly benign and in particular was not accompanied by any sort of financial crisis. Indeed, as bne IntelliNews has reported, the banking sector was already cleaned up and in robust health going into the pandemic and after.

Having lived through multiple crises in 2008, 2014 and now again in 2020, Ukraine’s top managers have learned to be cautious as they have to keep in the back of their minds that the chances of yet another crisis is more than likely.

Nevertheless, there are internal changes that are also lifting the economy. Construction and the real estate sector has taken off and is now growing strongly, although it is still early days. Incomes are rising and the government has started to spend on infrastructure, says Ryzhenko.

“Are all these factors enough to sustain growth? The problem is the reforms that the government are doing, or [rather], not doing,” says Ryzhenko. “There are still too many complex regulations that are holding back growth: regulations to establish a new business are too complex, the tax system is unpredictable, a new law going through the Rada now would make it that the tax man’s decisions are never wrong. There are many issues. What we need is a consistent and understand[able] system built with a long-term approach.” 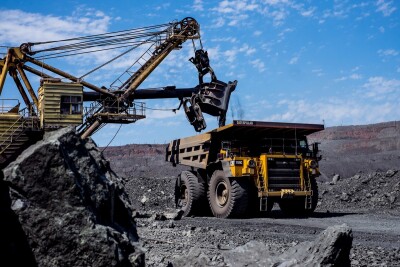 NEO: Why copper mining must clean up its act
1 hour ago
The birth of a Kazakh banking empire: ATF Bank
18 hours ago
CEPR's action plan for Ukraine's wartime economy
1 day ago
Missiles or sabotage: What caused the explosion at the Russian airbase in Crimea?
4 days ago
Population decline to take Emerging Europe back to the early 20th century
4 days ago