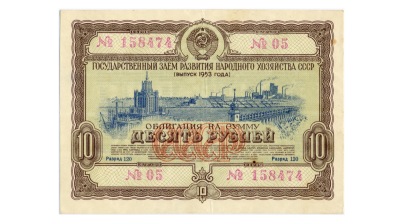 Challenges are coming for those countries which have overly relied on commodity exports and tourism, resulting in weaker fiscal revenues and current account balances.

Aside from significant socioeconomic challenges and the negative economic impact, many emerging market countries have relied on portfolio flows. With the onset of the crisis, inflows we have seen over most of 2019 suddenly turned into hefty outflows, with investors having removed $83bn up to 23 March, according to the IMF. Further challenges come for those countries that have overly relied on commodity exports and tourism, resulting in weaker fiscal revenues and current account balances.

Why have concerns on public debt sustainability and external vulnerabilities risen?

The policy space to support the economy differs hugely across emerging markets and it is here that we also look at public debt sustainability. Notably, we expect a spike in public debt ratios, as many countries will run higher fiscal deficits (lower revenues and higher spending) while growth is coming in much lower.

There are two additional pressure points worth mentioning: First, financing costs are increasing to reflect a higher risk premium, stretching budgets further. Second, many emerging market governments have borrowed in FX. With EM currencies having come under pressure recently (-9% based on JP Morgan EMCI), the local currency value of FX-debt outstanding and debt service is increasing.

Where do we see signs of sovereign debt distress?

Since the start of the year, the amount of EM $-denominated bonds trading above 10% yield has more than doubled from around $90bn (10% of bonds outstanding) at the start of the year to currently $190bn (21%). Many of those have been hit hard by the commodity price shock, while for others, the current crisis exacerbates already weak public debt sustainability. For now, concerns are concentrated around frontier markets rather than larger emerging market economies. Based on market pricing, we find signs of debt distress for Angola, Argentina, Ecuador, Gabon, Lebanon, Sri Lanka, Suriname, Tajikistan and Zambia, as well as to a lesser extent for Ghana, Iraq, Nigeria and Oman.

Where could relief come from?

The IMF and World Bank have set up emergency funding programmes of $50bn and $12bn respectively, with more on the way. Both institutions have also issued a joint statement calling for debt payment suspensions from bilateral creditors for World Bank IDA countries, with an invitation to G20 leaders to make assessments and an endorsement sought by the 16/17 April virtual Spring Meetings. On the one hand, multilateral support and debt relief could ease the pressure for some sovereigns, while on the other hand, there is a risk that private sector investors will be asked to bear a share of the burden.

Leaving debt distresses aside, what else is important to watch?

Over the last week, rating downgrades have come through, mainly affecting commodity producers as fiscal and external vulnerabilities increase. However, we have also found a large divergence in those, with some Middle Eastern and CIS sovereigns boasting strong buffers (Azerbaijan, Kazakhstan, Kuwait, Qatar, Russia, Saudi Arabia and the UAE), while others are more vulnerable (including Angola, Nigeria and Oman). Among the larger emerging market economies, Mexico and South Africa were also downgraded mainly on lower growth prospects in the former and public debt sustainability concerns in the latter.

ING: Russia balance of payments: supportive of ruble in the near-term, but risks for 2H21 mount.
2 days ago
ING: Growth in the Balkans: from zero to hero again?
8 days ago
FPRI BMB Ukraine: Most Ukrainians are optimistic about 2021 – poll
9 days ago
COMMENT: Record high debt levels will slow post-coronavirus recovery, threaten some countries' financial stability, says IIF
11 days ago
COMMENT: The Manafort Pardon: a finger in the collective eyes of Ukrainians
17 days ago