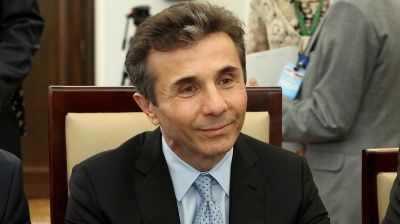 Bidzina Ivanishvili is the biggest player in Georgian politics and business. He also has an eccentric side. His private zoo features penguins, lemurs and a zebra. / Michał Koziczyński.
By Iulian Ernst in Bucharest January 16, 2019

Georgia’s London-listed TBC Bank is presently under investigation for “activities [that] clearly showed the characteristics of legalization of illegal income, i.e. money laundering, and other illicit acts”, according to a statement from the Office of the Prosecutor General of Georgia issued last week. Largest Georgian lender TBC—included in the London Stock Exchange’s FTSE 250 Index since June 2017—has responded to the announcement by saying it is the target of “dark PR” and a “deliberate attempt to discredit and tarnish its reputation”.

Various media outlets in Georgia have reported that the request for investigations into TBC seems politically motivated. JAM news ran an explainer, asking “Why is Georgian billionaire Ivanishvili waging war against the country’s most popular bank?”

It quoted Gia Jandieri, vice-president of the New Economic School of Georgia, as one observer among many concerned that what is happening to the bank is having a negative impact on the small nation’s international image, hitting sentiment among potential investors. “When investors see that the state can attack such a strong player in the banking sector so openly, they will think a hundred times before coming to our country with their capital,” Jandieri reportedly said.

The Anaklia factor
Both JAM and BPN looked at how Georgian-Russian dual national Ivanishvili, a former prime minister of Georgia who is also its richest person, appears to be displeased by TBC co-founder and chairperson Mamuka Khazaradze developing the $2.5bn Anaklia deep water port on the Black Sea coast—seen as Georgia’s most important project—with the support of another former PM, Giorgi Kvirikashvili.

Kvirikashvili stepped down in June last year, officially following street protests against the weak functioning of the judiciary and law enforcement agencies. But the resignation was said to have occurred amid disagreements with Ivanishvili, who had just returned to politics as head of Georgian Dream.

Economist Roman Gotsiridze, a member of the United National Movement opposition, was quoted by JAM as saying: “Anaklia Port has raised Western interest in Georgia. Accordingly, Kvirikashvili and Khazaradze had the opportunity to gain politically. This, of course, was felt by Ivanishvili and destroyed his own perspectives [to gain].”

Ivanishvili successfully invested heavily in securing the presidential election runoff victory of his favoured candidate, independent Salome Zurabishvili, in late November. The sometimes eccentric businessman, who owns a private zoo with penguins, lemurs and a zebra, is positioning Georgian Dream to take advantage of its executive, parliamentary and presidential power ahead of the 2020 general election in Georgia. He has been conspicuously silent in the Georgian media over the TBC investigation.

Going beyond the Anaklia port issue, the disagreements between the two ex-prime ministers are deeper and relate to economic policies, BPN commented: while Kvirikashvili is inclined to support the development of the market economy—hence his encouragement of large private investments like Anaklia port, which will be Georgia’s first deep water port and will open up an export route for cargo transit from Central Asia to Europe and vice versa—Ivanishvili rather argues for a centralised economy.

Port backed by US, UK investors
Anaklia port, with a planned transfer capacity of 100mn tonnes per year, might also come to be an important element as regards the modern-day Silk Road trade routes being developed by China under its huge Belt and Road infrastructure initiative.

According to an investment agreement signed by the government of Georgia and the Anaklia Development Consortium, the consortium, which includes US and UK investors, has been given the right to build and operate the port over the next 52 years under a build-operate-transfer (BOT) contract.

According to official information, the construction and development of the 340-hectare port is to consist of nine phases. The government provided the land and the necessary utilities including the transport connections for the facility.

Vladimir Putin wants to reorientate Russian trade East and South. To some extent, such a strategy will be complicated by an avoid-Russia-at-all-costs mentality drawing commerce to a ‘Middle Corridor’.

Sky-high inflation forces more Russians to take out “pay-day” loans
1 hour ago
‘Death’ of China-to-Russia cargo transit routes means it’s ‘all aboard’ for Kazakhstan
2 hours ago
Armenia diaspora faces waning influence on Turkey, Azerbaijan negotiations
1 day ago
Gas crisis: Can Europe store enough gas this summer to get through the winter?
1 day ago
African gas pipeline projects revived due to European gas crisis
2 days ago