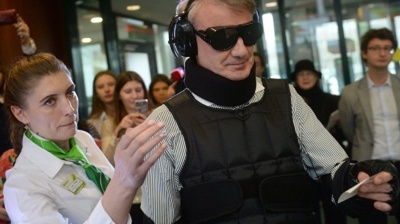 Sberbank released its latest three-year strategy on December 1, and despite the bank’s rebranding to Sber, it has a ways to go to become a bona fide tech company. By 2023, Sber plans to earn just 5% of its revenue from its non-financial businesses. Come 2030, the firm hopes this figure will grow to 20-30% of net operating income.

In growing its non-financial holdings, Sberbank will focus on e-commerce, entertainment, cloud services, education, and healthcare. As Sber’s key non-financial holdings are in fast-growing sectors of the economy, their revenues should double annually, company executive Lev Khasis projects.

To achieve its ambitious goals, Sberbank is prepared to spend 4% of its capital on building its non-financial ecosystem, the bulk of which will go toward e-commerce. By 2023, Sberbank should be a top-3 market player in Russian e-commerce, and by 2030, the firm should be the industry leader.

Sberbank has made several attempts to develop its e-commerce portfolio. It sought to partner with China’s Alibaba to no success. It created a joint venture with Yandex, but relinquished it when the firms split earlier this year. And it sought to buy a 30% stake in Ozon, Russia’s original e-commerce company that just IPOed last week.

From these failures, Sberbank has reportedly learned two lessons, according to Khasis. First, if Sberbank invests in a company, it must explicitly incorporate the business into its ecosystem. Second, Sberbank must gain full control of the project.

Russian opposition activist Alexei Navalny arrested on arrival as he returns home
LONG READ: The oligarch problem
One of Russia’s biggest wood product companies, Segezha could be Sistema’s next IPO

ING THINK: Growth in the Balkans: from zero to hero again?
3 days ago
FPRI BMB Ukraine: Most Ukrainians are optimistic about 2021 – poll
4 days ago
COMMENT: Record high debt levels will slow post-coronavirus recovery, threaten some countries' financial stability, says IIF
6 days ago
COMMENT: The Manafort Pardon: a finger in the collective eyes of Ukrainians
11 days ago
STOLYPIN: Scope for limited progress under Biden, so long as the past remains the past
11 days ago