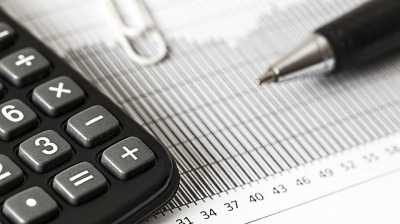 In its hunt for a little more revenue during the crisis the Kremlin will hike taxes on dividend payments abroad to 15%. That means it has to amend or cancel double taxation treaties with a slew of popular offshore destinations such as Cyprus and the Netherlands
By BMB Russia August 10, 2020

Wealthy Russians have long abused a loophole, whereby they register businesses in low-tax offshore locations such as Cyprus and the British Virgin Islands, and distribute profit via dividends to the “foreign” firms. In doing so, they avoid Russian income taxes.

Putin claims that most firms pay an average of just 2% tax on these offshore transfers. Looking to stem such capital outflows during the coronavirus (COVID-19) pandemic, Putin promised in March to hike taxes on all dividend and interest payments leaving Russia to 15% in January 2021.

In order to do this, Russia must amend a series of tax agreements with low-tax countries that are popular homes for Russian firms. These agreements are intended to avoid double taxation of income flowing from Russia to the offshore destinations.

Immediately after Putin’s speech, the Finance Ministry (MinFin) began negotiations with Cyprus. Yet on August 3, MinFin revealed that the two parties had not come to an agreement, and instead the Russian government was ready unilaterally to withdraw from the bilateral treaty.

In addition to Cyprus, MinFin has requested that Malta, Luxembourg and now the Netherlands (where Yandex and the X5 retail chain are based) revise their treaties. Experts note that Austria, Switzerland and Singapore could be next.

What does this mean? Firms registered in these countries are in a tough spot regardless of the outcome. If the treaties are terminated, they face the risk of paying full taxes in both Russia and their offshore location. If the treaties are amended, then most firms will see their tax rate increase from about 5% to 15%, which is not attractive either.

The Kremlin has long prioritised “de-offshorisation”, with the government creating tax-preferred “onshore offshores” and offering several rounds of capital repatriation amnesty. COVID-19 has provided the pretext to take the next step and push companies to return home.

This article originally appeared in FPRI's BMB Ukraine/Russia newsletter. Click here to learn more about BMB Russia/ Ukraine and subscribe to the newsletter.

TURKEY INSIGHT: Follow the (hot) money
19 hours ago
Lukashenko isolated himself from the rest of the world with a secret inauguration
21 hours ago
Iran’s oil minister openly admits forging export documents to dodge US sanctions
21 hours ago
“Putin’s chef” follows through on threat to bankrupt Navalny, bailiffs seize his apartment
1 day ago
Romania at high risk of downgrade to junk
1 day ago