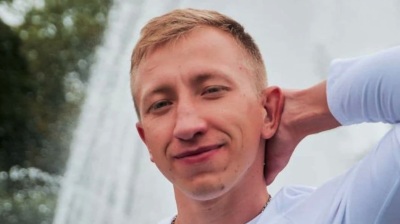 Belarusian opposition activist and head of Belarusian House Vitaliy Shishov, who disappeared in Kyiv on August 2, after an extensive search by police has been found hanged in a Kyiv park not far from his home, the National Police Department in Kyiv said on August 3.

Shishov disappeared after he left for a jog in the morning. Belarusian House is a leading opposition organisation that opposes Belarus' President Alexander Lukashenko’s regime. Fearing political persecution, Shishov, like many Ukrainian activists, had fled to Kyiv to escape persecution.

Police are treating the death as suspicious and are investigating the possibility of a murder having been dressed up as a suicide.

The police have initiated criminal proceedings under Article 115 of the Criminal Code of Ukraine (premeditated murder). Shishov's mobile phone and personal belongings were seized at the scene, the police said. Police are currently checking all the CCTV footage from the area and have appealed to friends and acquaintances to come forward with information, including as to the state of his recent mental health.

Observers note that Belarusian KGB agents can operate freely in Ukraine and have already been identified working overseas in pursuit of other Belarusian opposition figures in exile.

In the most high-profile case to date top opposition blogger Roman Protasevich reported that he was tailed by what he assumed were Belarusian security agents to the airport in Athens where he boarded a Ryanair flight to his home in exile in Lithuania on May 23. The Lukashenko regime caused a major international scandal after the plane was forced to land in Minsk en route and Protasevich and his girlfriend were arrested.

Lukashenko’s regime is becoming increasingly brutal and the president appears to be becoming more unbalanced as the pressure on him grows. This weekend Olympic sprinter Kristina Timanovskaya was ordered home from the Tokyo Olympics after she posted criticism of her team’s management on Instagram, but escaped her government minders and has now received a humanitarian visa from Poland.

Timanovskaya is expected to leave Japan on August 4 to fly to Warsaw. Her husband fled Belarus the same day as her scandal broke and is currently in Kyiv, but will join her in Warsaw.