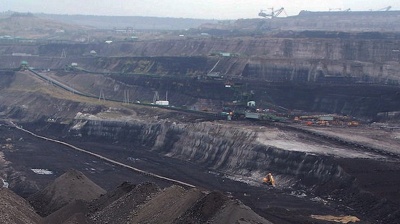 The EU’s coal producing regions, such as those in Poland or Czechia, will stand to benefit from the Just Transition Mechanism, a tool Brussels hopes will mobilise up to €100bn to ease the move away from coal as a source of energy, the European Commission said on January 14.

The emerging economies of Central and Southeast Europe were looking forward to the announcement. Poland, which gets close to 80% of its electricity from coal and employs some 100,000 miners, is particularly interested. Warsaw has long been sceptical of the EU’s drive to faster cut emissions of carbon dioxide that harm the environment and said it needed money to ease the transition.

Poland is also opposed to 2050 as the year by which the EU will achieve climate neutrality when emissions will be balanced by their absorption to achieve net-zero carbon dioxide output.

The Just Transition Mechanism offers the EU’s coal regions up to €100bn via an investment programme known as InvestEU, a credit facility managed by the European Investment Bank, and through a newly set up Just Transition Fund worth €7.5bn of new money from the incoming EU budget.

Member states will be obliged to draw up just transition plans for regions they want to designate as eligible for help.

In Poland, those are likely to be the Upper Silesia region, where most of Poland’s coal is extracted or the eastern Greater Poland with its open-cast lignite mines. Czechs look forward to securing money for Ustecky kraj and Slovakia for Horna Nitra.

In all those regions, coal mining is an important, if not central, part of the economy while also providing national economies with a sizeable – although diminishing – share of their energy.

The Just Transition Mechanism’s final details are still subject to the ongoing negotiations on the EU’s next budget. “The [money] numbers are extrapolated to ten years, without prejudice to the final agreement on the next long-term budget and the one after 2027,” the Commission said in a statement.