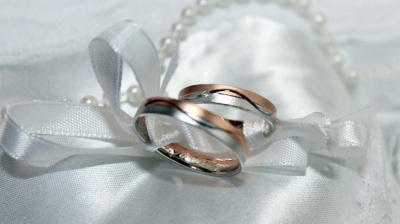 By Linas Jegelevicius in Vilnius October 22, 2020

Leaders of Estonia’s ruling coalition parties shook hands on October 22 having moved away the roadblocks to holding a planned marriage referendum in the spring, instead of in November 2021, which would have coincided with local government elections.

The referendum was spearheaded by Estonia’s far-right Conservative People's Party of Estonia (EKRE) and will pose a question on whether or not marriage should be defined in the constitution as being between one man and one woman.

The party had originally wanted to repeal the Registered Partnership Act, which allows all couples to register their civil partnership in law and was introduced in 2015.

The referendum was written into the coalition agreement, which was drawn up in March 2019, as a compromise between the three parties and was scheduled to be held alongside the local elections in November 2021.

The plans to hold the two votes at the same time drew criticism from several public figures including the mayor of Tallinn and chancellor of justice. They said it would distract voters from local issues and would create confusion as not everyone can vote in both elections.

An exact date for the proposed referendum has not been announced yet.

The Center Party, EKRE and Isamaa adopted a joint statement on October 22, emphasising that the Constitution must not discriminate against anyone on the basis of nationality, race, sex, language, religion, political or other beliefs, as well as property and social status or other circumstances.

Estonian President Kersti Kaljulaid has condemned a statement about sexual minorities made by Interior Minister and leader of EKRE Mart Helme, saying it was "humanly simply revolting”.

Speaking to Deutsche Welle, Helme opined that Estonian gay people "could run to Sweden" as they are looked upon more favourably there.

"I do not understand Interior Minister Mart Helme's undisguised hostility towards our society. We are talking about our own people — our police officers and teachers, our creative people and builders, our neighbours, co-workers, friends. Strangers, too, but still our people. Dividing and classifying them as correct and incorrect, us and them, on the basis of sexual orientation, skin colour, or any other characteristic, is unacceptable, contrary to the spirit of our constitution and also humanly simply revolting," Kaljulaid said on social media on October 17.

The Estonian president said she does not believe that a minister with such opinions is a suitable member of the government of Estonia, but the ruling coalition did not heed the president’s words, allowing the embattled minister to continue his work.

This was despite criticism from Prime Minister Juri Ratas, who described Helme's words as “problematic” and grounds for a political crisis.