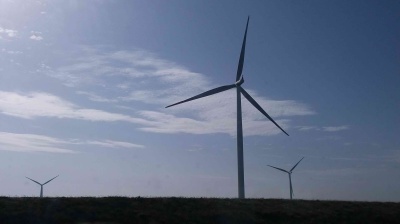 The environmental NGO Center for Environment, part of the global CEE Bankwatch Network, has filed a complaint to the Energy Community’s secretariat against Bosnia & Herzegovina’s Republika Srpska over its decision to halt incentives for wind farms, Bankwatch said in a press release on September 4.

In March, Republika Srpska, which does not have an operational wind farm, adopted legislation that preventing feed-in tariffs or premiums for wind farms.

At the time, the government claimed that the legislation change aims to reduce costs of renewable energy support for consumers. Moreover, the entity’s Energy Minister Petar Djokic said that wind farms are viable without incentives.

“Republika Srpska’s move to cut incentives for wind farms has left small hydropower as the only renewable technology receiving significant support, in spite of its vulnerability to climate change, its small contribution to overall electricity generation and the enormous damage it is causing Bosnia and Herzegovina’s communities, economy and unique biodiversity. Only small amounts of solar power are being supported and now wind has been excluded, so what exactly is our energy transition going to be based on,” Jelena Ivanic of the Center for Environment said in the press release.

Pippa Gallop of CEE Bankwatch Network added that Bosnia will soon have to replace its outdated coal-fired plants and the decision to cut the incentives for wind farms is "incomprehensible".

Bosnia is a signatory to the Energy Community treaty and is not allowed to provide public aid which distorts or threatens to distort competition by favouring certain undertakings or certain energy resources.

The European Bank for Reconstruction and Development (EBRD) is extending a loan of up to €5mn to UniCredit Bank Banja Luka in Bosnia & Herzegovina to improve access to finance for local small ... more