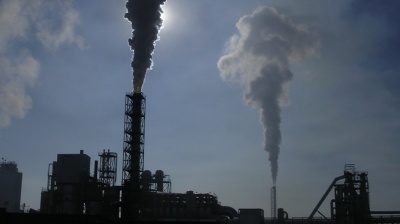 Lawyers and environmental NGOs have filed a claim against Bulgaria with the European Commission over an administrative decision allowing waste burning at three coal-fired power plants that do not meet EU requirements.

Greenpeace – Bulgaria, Za Zemiata and Clien Earth claim that the Bulgarian authorities have allowed three coal-fired power plants – Brikel, Pernik and Bobov Dol, all of which are allegedly owned by or connected to controversial businessman Hristo Kovachki – to carry out experimental waste burning without following EU or Bulgarian procedures.

In a statement issued on March 2, they claim that in letters that have not been made public the Bulgarian authorities gave the go-ahead for the three plants to burn waste at amounts that are 10,000 times above those allowed by the EU in its directive on emissions from industrial sources.

The three organisations hope that the EU will launch an investigation and end the alleged illegal waste burning.

The three plants attracted public attention in the autumn of 2019 when Bulgaria’s prosecution opened an investigation into them and the Sliven coal-fired plant also for alleged illegal waste burning.

The probe came after independent investigative news outlet Bivol.bg has published an article saying that black smoke can often be seen coming out of the chimneys of several plants across the country with the most severe cases being registered in the four plants.

According to official information, the Bobov Dol TPP has been burning waste for experimental purposes since November 2018.