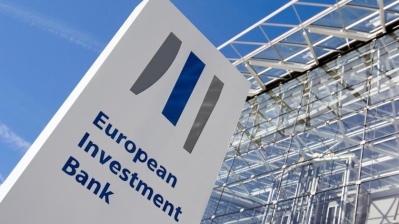 EU leaders are using the EIB to pressure Turkey over its "illegal" drilling in waters off Cyprus.
By bne IntelliNews July 24, 2019

The European Investment Bank (EIB) will not enter into any new lending in Turkey linked to the country’s government until at least the end of the year. The move has been triggered by the European Union’s decision to introduce initial sanctions to deter Turkey from carrying on with “illegal” drilling for gas off Cyprus in the eastern Mediterranean.

The EIB—which said the time period would be spent conducting a strategy review—is Turkey’s biggest single lender. It has pumped between €0.4bn and €2.2bn into the country in the past three years, although nothing has been invested so far in 2019.

“As the EU Bank, the EIB will follow the [European] Council’s recommendations and, notably, will take a restrictive approach toward the submission of new lending operations to its Board for approval for the rest of the year,” an EIB spokeswoman told Reuters on July 24.

The block placed on lending is not expected to impact private sector projects in Turkey, with the bank possibly moving to sign around €350mn worth of deals before the end of the year if EU finance ministers on the EIB board approve the related loans, according to the news agency.

“A [completed] review of the bank’s strategic orientations of its lending activities in Turkey is scheduled for later this year,” the spokeswoman reportedly added.

Other moves
As well as making the EIB move, EU foreign ministers have suspended negotiations on a Comprehensive Air Transport Agreement with Turkey. They have also said they will curb high-level diplomatic contacts with Ankara for the time being, while they have proposed cutting pre-EU accession assistance to Turkey.

An EU diplomat told Reuters in mid-July that under sanctions Ankara could lose some 150 million of 400 million euros that the bloc had earmarked for 2020 for everything from political reforms to agriculture projects to help Turkey prepare for eventual EU membership. The EU had been due to give Turkey €4.45bn between 2014 and 2020, but it cut and suspended some funding last year. It has frozen membership talks and negotiations on upgrading its customs union with Turkey, accusing Erdogan of grave violations of human rights among other things.

Turkey has said that any EU funding cuts will have no affect on its drilling off Cyprus and responded to the sanctions announcement by sending a fourth vessel to the drilling zone.

Ankara and Nicosia have overlapping claims to regional waters off Cyprus linked to the split of the island between Greek and Turkish Cypriots. The Greek Cypriot government and EU says Turkey is conducting exploration for oil and gas in territory that falls under EU member state Cyprus’ exclusive economic zone. The Turks dispute the mapping of the zone and say they are determined that the Turkish Cypriots, who since 1974 have run a breakaway territory in the north of the island which is only recognised by Turkey, should receive their fair share of proceeds from any successful drilling for hydrocarbons in the surrounding waters.