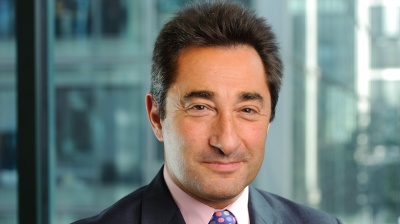 Jonathan Charles, the development bank's managing director for communications, said the matter of the appointment would be taken up with Turkish authorities.
By bne IntelliNews October 22, 2019

The European Bank for Reconstruction and Development (EBRD) has come out against the Turkish government’s decision to name Hakan Atilla—the former deputy general manager of Turkey’s state-owned Halk Bankasi (Halkbank) jailed by a Manhattan court for his role in an Iran sanctions-busting money laundering scheme—as director general of the Istanbul stock exchange. The development bank has a 10% stake in the bourse.

“We were not consulted and we do not support it,” the EBRD’s managing director for communications Jonathan Charles told Reuters on October 22, adding: “We will discuss the matter with authorities.”

The US is among the 69 countries, along with the European Union and European Investment Bank (EIB), that own the EBRD.

The news agency said other EBRD officials had told it that the lender has several disagreements with Turkey, currently facing growing international condemnation over its military incursion in Syria.

The EBRD is the second largest shareholder in Borsa Istanbul. For years it has urged the stock exchange to do an initial public offering (IPO), but its request has found little favour. Last year the exchange was the 15th largest in Europe, the Middle East and Africa.

A person close to the EBRD was cited by Reuters as saying that Ankara and the bank “have had issues realising projects, keeping promises made and in appointments such as this [Atilla] one for a couple of years”.

Naming Atilla CEO “is actually highlighting the issues that have accumulated,” the person said. “I do not know how much this will affect the EBRD’s work in Turkey but it seems like the problem is growing.”

The announcement of the appointment of Atilla—who was Halkbank’s deputy general manager with responsibility for international banking when US authorities arrested him—as the stock exchange boss, which was made on October 21 by Turkish Finance Minister Berat Albayrak, will no doubt be taken as an attempt to underline the Erdogan administration’s angry rejection of last week’s pressing of a criminal case in relation to the Halkbank affair by the attorney general of the Southern District of New York (SDNY).

Atilla was sentenced to 32 months in prison following his conviction for helping Iran evade US sanctions. He was released and returned to Turkey in July.

In early September, the EBRD celebrated its 10 anniversary of participating on the Turkish market. In that time-span, it has invested €11.5bn in almost 300 projects in Turkey, with 97% of the investments ploughed into the private sector.

The EBRD’s investments in Turkey amounted to $1.2bn last year and around a month ago the lender stated that it had already invested $622mn in the country this year to date.

“I am pretty confident that we will come close to a billion this year," EBRD president Suma Chakrabarti said in an interview with state-run news service Anadolu.