EBRD in process of closing resident offices in Moscow and Minsk 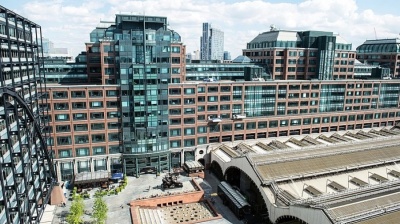 The EBRD will close its Moscow and Minsk offices and pull out of both markets for the foreseeable future. / wiki
By bne IntelliNews March 29, 2022

The European Bank for Reconstruction and Development (EBRD) is in the process of closing its Resident Offices in Moscow and Minsk, the development bank said in a press release on March 29.

“The EBRD has strongly condemned the war on Ukraine and the decision to close the offices in Moscow and Minsk is the inevitable outcome of the actions taken by the Russian Federation with the help of Belarus. We continue to offer our unwavering support to Ukraine and have already agreed an initial €2bn package for Ukraine and other countries which have been affected by the war,” the EBRD said in a press release.

The EBRD had already suspended all new investment activity in Russia following the annexation of Crimea by Russia in 2014 at the order of its shareholders. The bank itself was unhappy about the decision at the time. However, it kept its Moscow office open to service existing investments and to slowly exit from its various investments. Prior to 2014 Russia had been its biggest investment destination in Europe.

The EBRD had also become more active in Belarus as that country slowly started to open up on the back of slow economic progress, and EBRD investments were expanding slowly. However, the EBRD also suspended making any new private sector investments into Belarus to synchronise its actions with Europe's efforts to increase pressure on Belarus' President Alexander Lukashenko in November 2021 following the disputed presidential election in August 2020.

Prior to the political crisis in Belarus the EBRD had been actively working with partners to provide funding and also preparing at least one bank for privatisation and a possible IPO. As the Belarusian economy continued to develop in the relative calm after an oil price and Crimea shock in 2014, the EBRD became increasingly active in Belarus, launching a four-year strategy in 2016.

For example, the development bank had arranged a $130mn loan to Sodrugestvo Group (SG), an international agro-industrial conglomerate incorporated in Luxembourg, in June 2020 and a local currency loan of BYN10nm ($4mn) to Belaruski Narodny Bank (BNB-Bank) in June that year. The EBRD was also in talks with BelInvest, the fifth-largest in the country, on restructuring the bank and possibly taking a stake as part of its preparation for eventual privatisation. A €50mn subordinated debt facility was given to the bank in 2017 to strengthen the bank’s capital base, and was part of a plan that would lead to its eventual sale, as agreed between the government of Belarus and the EBRD in May 2015. However, little progress on the deal was made and the bank has remained in state hands.

The government was also increasingly turning to the EBRD for funding for its cash-strapped companies at the start of 2021.

Only months before the elections the EBRD said it had "a strong pipeline of projects" in Belarus that should allow the lender to deliver in 2020 a total volume of financing of $400mn in 2020. The Belarusian government was seeking an EBRD loan of up to $1bn to support the economic sectors that have suffered most from the coronavirus (COVID-19) that year.

After the presidential elections that year all these sources of funding were cut off as part of the increasingly harsh sanctions regime that has forced Lukashenko to depend on Moscow entirely for funds.

The EBRD set a new investment record into Belarus in 2019, committing over $433mn (€390mn) to 24 projects in the private sector and one in the public sector. The EBRD also facilitated syndicated loans to the tune of €40mn and mobilised a considerable amount of financing as grants.