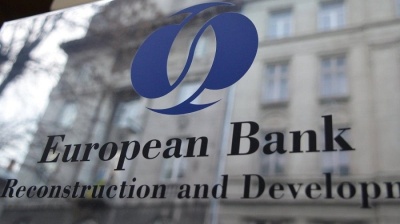 By Anand Tumurtogoo in Ulaanbaatar October 24, 2021

With the European Bank for Reconstruction and Development (EBRD) celebrating 15 years of operations in Mongolia, Hannes Takacs, the development bank’s Mongolia head, spoke with bne IntelliNews on current projects and plans for the future.

The EBRD began its operations in Mongolia with the sponsoring of banks and other financial entities—such as XacBank, Khanbank and Transcapital—that became involved in its Trade Facilitation Programme. By now, the EBRD has a presence in many sectors of the country's economy. To date, around 190,000 loans, totalling more than $535mn, have been made available by the lender to Mongolian micro and small firms. In all, the EBRD has invested a total of $2.1bn in Mongolia during the 15 years.

For the foreseeable future, the EBRD's goal in the country of 3.4mn (nominal GDP around $14bn) is to invest more in infrastructure and projects to deliver a greener economy.

“The EBRD is glad to have contributed to the development of so many important projects in Mongolia,” said Takacs. “The country is in a unique situation in terms of how its economy has expanded, thanks in large part to mining. And the EBRD has worked with local mining companies, to integrate sustainability in their operations. But for any country to succeed, it must have a diverse economy, and for the last 15 years, the EBRD is happy to have worked with local SMEs by providing loans as well as business guidance,” he added.

Since 2017, Mongolian agribusiness companies have benefited from the bank's initiatives to boost non-extractive industries. Companies that have been backed by the initiative include juice manufacturer Vitafit, beverage producers APU and MCS, food producer Teso Group and the country's biggest dairy company, Suu Milk. In 2021, Suu Milk, Mongolia’s first milk and dairy product producer, received a $4.8mn loan from XacBank with the aid of the EBRD. 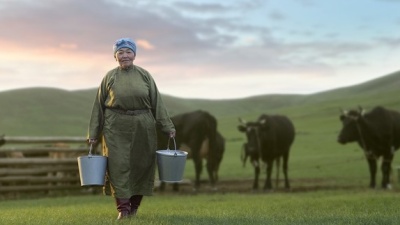 The loan will be used to upgrade the transport fleet of Suu Milk and serve over 2,500 nomadic herders.

“We are now working on our next strategic plan for the country. It will not only boost the non-extractive sector, we are also are aiming at making Mongolia's economy greener, more diverse, sustainable, inclusive and digital. We are happy that Ulaanbaatar is becoming the first municipality in Asia to join EBRD Green Cities,” said Takacs.

EBRD Green Cities is a programme designed to address urgent ecological and infrastructure challenges. Under the strategic Green City Action Plan (GCAP), the EBRD and the municipality started developing priority investment projects. In 2018, the EBRD provided a loan of $9.7mn to improve Ulaanbaatar’s waste management and in 2020 gave a loan of $10mn to Ulaanbaatar District Heating Company to rehabilitate existing utility networks and expand new district heating mains.

Presently, the bank and Ulaanbaatar are discussing a new project under GCAP. The EBRD may finance the construction of more than 700 low-carbon and climate-resilient housing units and related infrastructure. It is expected that new housing will be offered to low-income groups of residents from the ger area (yurt district), who have no access to modern utilities, on rent and rent-to-own terms. 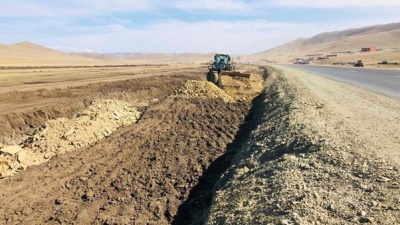 There will be plenty to keep the development bank engaged in Mongolia for the next 15 years, and beyond.