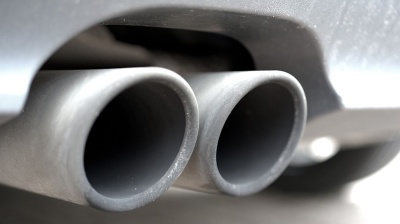 Less than a quarter of the vehicles involved in the Dieselgate emissions scandal have been recalled since it was revealed in 2015, says a new report from environmental pressure group Transport & Environment (T&E).

T&E analysis of a survey by the European Commission reveals that just 10mn of the 43mn diesel cars and vans caught in the scandal have been recalled.

“The current snail’s pace to clean up diesel cars across Europe is unacceptable,” commented Florent Grelier, clean vehicles engineer at T&E. “The industry has had four years since the diesel scandal broke but has failed to deliver even on its own commitments to fix manipulated cars. It’s time for governments to get tough and order mandatory recalls across the EU. This does not require any new laws but just political will.”

While data wasn’t provided for all vehicles, where this was available, for instance for Volkswagen cars, it showed that the recall rates were considerably lower in some Central and Southeast European EU members than in the western part of the bloc.

On average, only 55% of the Volkswagen Group’s cars in Central and Southeast European EU member states have been recalled compared to 83% in Western Europe.

For vehicles fitted with Volkswagen’s EA189 engine the recall rate was just 37% in Romania, 45% in Poland and 46% in Croatia. Less than one third of vehicles with the engine had been recalled in Slovakia, Bulgaria, Latvia, Estonia, Sweden and Greece.

By contrast, 99% of cars with the EA189 engine had been recalled in Germany, 95% in Finland, and more than 80% in fellow west European countries Austria, Portugal, Denmark, Luxembourg and Spain.

Compounding the problem, CEE countries have been importing dirty diesel cars in large numbers from West European states where they have been banned since the scandal erupted, as revealed in an earlier T&E report.

“Unfixed dirty diesels are even shipped to these countries as they are increasingly subject to bans in western cities such as Paris, Madrid and Hamburg. 350,000 dirty second-hand diesel cars mainly from Germany were exported to Poland in 2017 alone," a statement from T&E says.

“EU governments must make sure recalls will be carried out in a coherent and transparent manner across the whole EU Single Market, and that unfixed cars should not be allowed to be exported unless they are fixed.”

The T&E report talks of a "design flaw" of the EU's Single Market, leading to the failure to address the dieselgate scandal: "whereas cars can be sold freely across the EU once they have been type-approved in only one Member State, there is currently no European system for car recalls," it says. "New, improved rules will only apply as of September 2020 and will only cover new cars approved after this date. In the meantime, Europe is left with a fleet of polluting diesel cars."

The discrepancy between how the problem is tackled in the western and eastern parts of the EU comes on top of the recent outrage in Central and Southeast Europe over double standards in food and other branded consumer goods sold in the two halves of the bloc, when it was revealed that lower quality versions of the same brands were being sold in the east.