DEATH OF THE SOVIET UNION: Mountain-dwelling Old Believer reflects on the USSR that passed her by 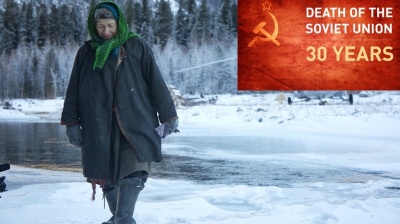 “Today is November 18,” asserts Agafya Lykova on the morning of December 1.

This is no mere lapse of memory. Lykova is an Old Believer, part of a group which resisted reforms to the Russian Orthodox Church in the seventeenth century, and has been ostracised ever since. She was born in the Sayan mountains, 250km from the nearest settlement, living off the land in accordance with a strict set of rules which her family taught her.

Untroubled by the pernicious advance of modernity, Lykova continues to use the Julian calendar, which was common currency in the time of the tsars. “Lenin did it,” she explains, “Lenin changed the calendar.”

This was not the only impact of the USSR which passed Lykova by. Few reforms made in the outside world have reached her remote mountain home. Show her a 5,000 ruble note and she will stare at it with blank incomprehension. “In Brezhnev’s time, you could have bought good medicine for 24 rubles.”

Some aspects of life under the Soviet Union did have an impact on Lykova. In fact, it was precisely Stalin’s persecution of Christians which drove her family to leave society behind once and for all and make their home in the mountains. Karp Lykov, her father, was already living in the depths of Siberia after centuries of retreat from civilisation, when his brother was shot by a death squad before his eyes in the 1930s.

In response, he took his wife and children into the Sayans along with a handful of seeds. Over the years, they kept on climbing higher and higher until they ended up at the hanging valley known as Zaimka Lykovikh where Agafya still lives, 2,500 metres above sea level.

Born in the taiga, Lykova had no encounters with other people until an expedition of Soviet geologists found her family by accident in the 1970s. Until then, her impression of Soviet society was limited to the stories her father told her. “Oh, that USSR,” she says with marked distaste. “That was a bad time. There were lots of Christians in this area, but the Communists chased after them. They ruled over them. Yes, things are better now. We’re allowed to pray in peace. We aren’t persecuted.” 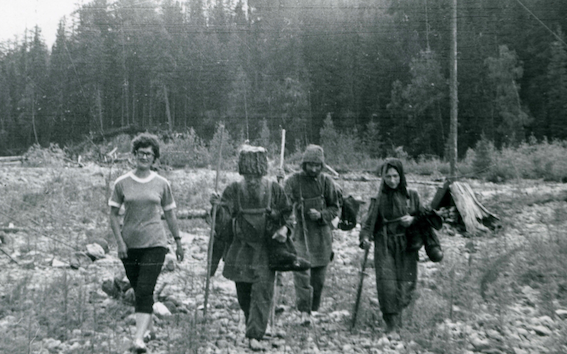 The devil you know…

Lykova seems at best nonplussed by the wonders of modern technology. Smartphones and laptops are the trappings of another world, they have no place here. The temperature, which drops to -40˚C at night, renders most gadgets inert. The volunteers and rangers who launch regular expeditions to go and check on her invariably wake up in the morning to flat phone batteries and toothpaste frozen in its tube. Nor would Lykova have it any other way. “Agafya Karpovna doesn’t like drones,” a ranger warns the latest team of volunteers from Volnoe Delo Foundation, which made the long and dangerous trip to see her recently.

Yet some facets of this parallel world have reached Lykova’s outpost. She’s a dab hand with a satellite phone, which came in useful last year when a fraudster attacked her, hoping to get access to gold which she was falsely rumoured to be hiding. 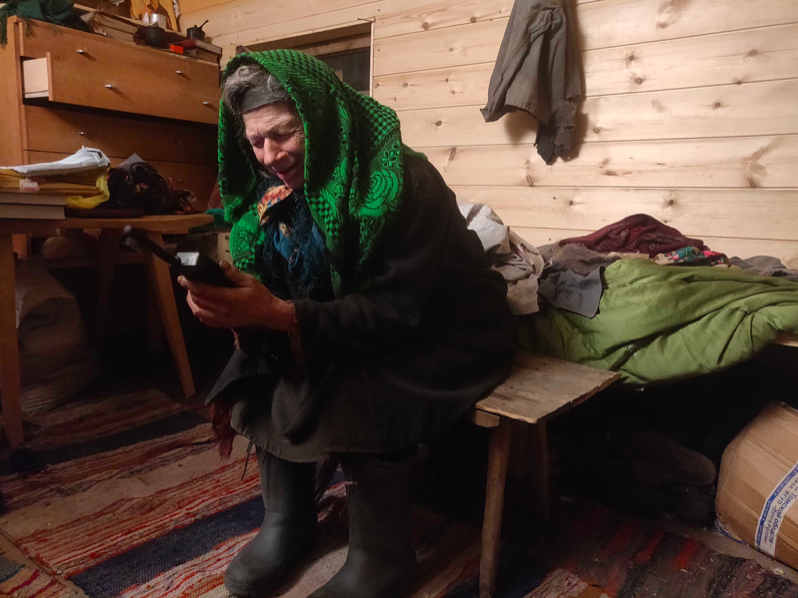 Sadly, climate change has made it to Lykova’s home, too. “Winters used to be much harsher,” she notes. “But we didn’t have a thermometer back then, so we couldn’t measure the temperature.”

One aspect of technology’s devilry which she reluctantly admires is satellites. Her father, Karp, noticed that the stars were moving swiftly across the sky as early as the 1950s, and reportedly concluded that “People have thought something up and are sending out fires that are very like stars.”

Like her late father, Lykova enjoys watching the night sky. “I was watching satellites the other night. I started counting them, and there were 50 in a row, all coming in a straight line.” Lykova’s volunteers decide that this could only have been Elon Musk’s Starlink, but they are loath to explain this to her. What difference would it make to her life? 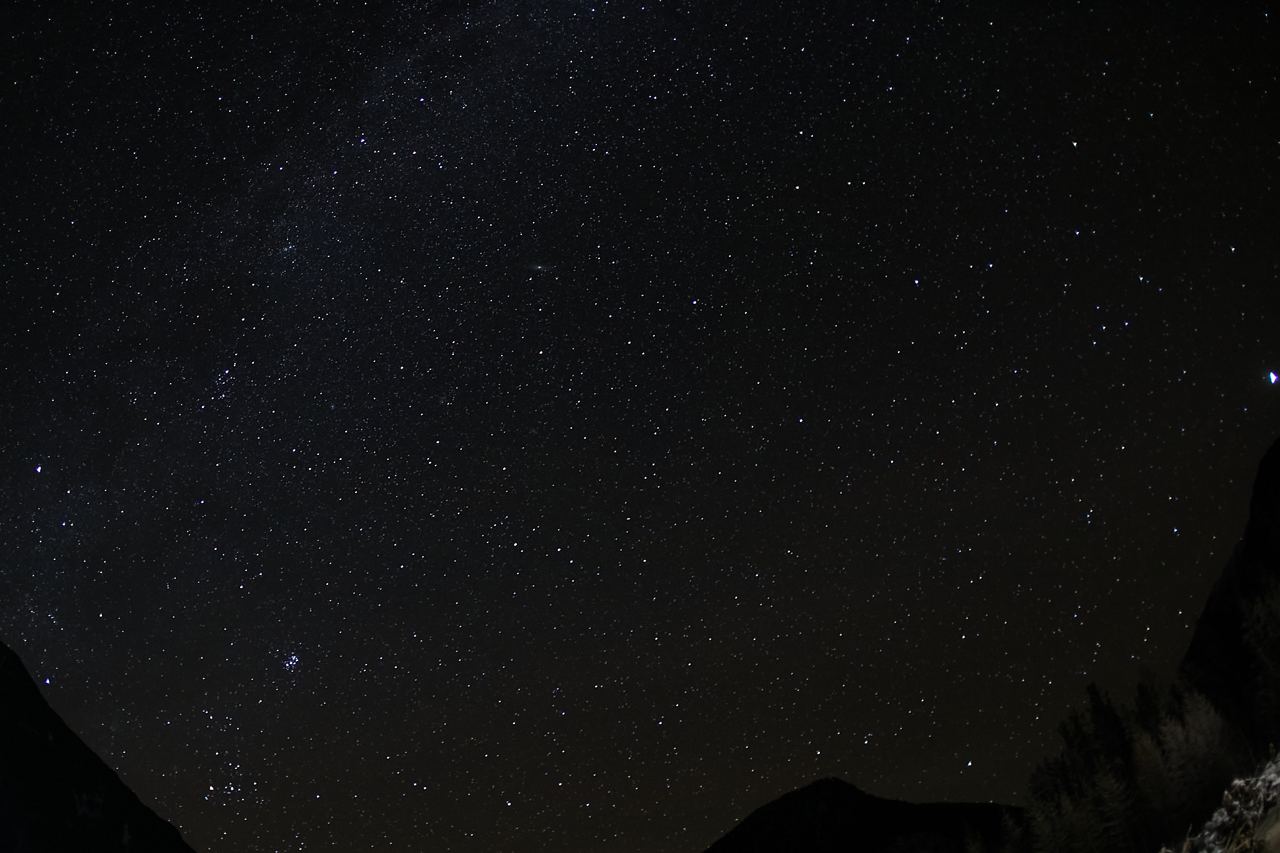 Stop all the clocks

If the Soviet Union left only a faint footprint on Lykova’s life, its collapse had one very concrete repercussion: the appearance of charities. Private charities were illegal in the USSR, and visits to Lykova came mostly in the form of geological research or pilgrimages.

For the last few years, Russia’s biggest charitable organisation Volnoe Delo has been helping Lykova under the initiative of its founder, industrialist Oleg Deripaska. It regularly runs expeditions of volunteers, sends her resources – most recently a solar panel – and even repaired her house when a fire burned down the roof in July 2021.

When she asked where all this help was coming from, Lykova was directed to Deripaska, and sat down to write him a letter asking for a new hut, which was built for her recently, in line with her own specifications. 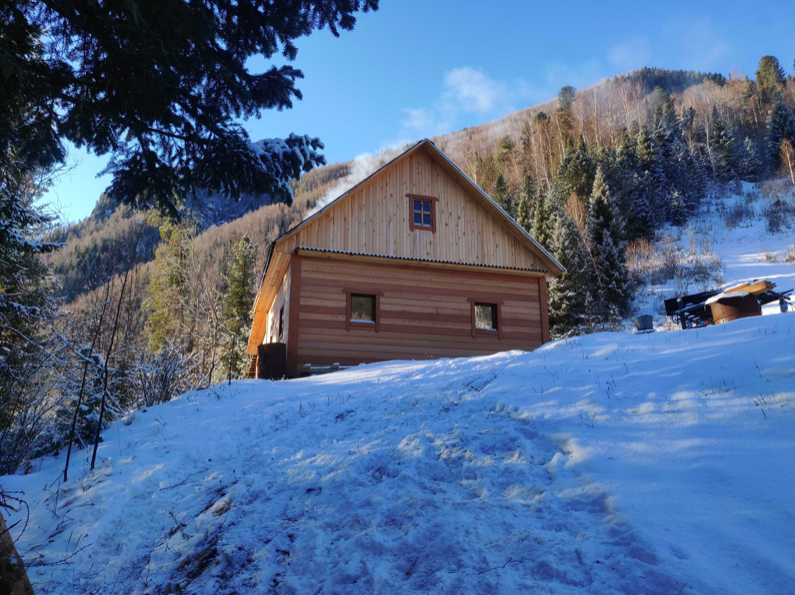 Still, there’s only so much help that Lykova will tolerate from the external world. When asked if she would like to go to Moscow, she giggles. “No, that’s a very long way away.” Nor would she countenance going abroad. I invite her to visit me in England, but she demurs. “From now on, the only place I’m going is up there,” and she points a soot blackened finger skywards.

In the meantime, she continues her own ancient way of life in this timeless valley. In the end, the changes and chances of history and modernity have little to offer her. “Everyone needs to abide by the rules of God,” she says, shrugging. “When the Antichrist comes, all hell will break loose. The year 8000 will last forever; the year 9000 will never come.”

The babushka refuses to elaborate on this cryptic prophesy. Instead, she returns to nature’s interminable ebb and flow, observing the frost is setting in. “Spring is Paradise,” she intones, “summer is Kingdom, winter is torture, and autumn is hell.”

This article is part of a series marking the 30th anniversary of the breakup of the Soviet Union. Read the other stories in the series here:

A green revolution brought the USSR down

Widespread nostalgia but no going back

Remembering Moldova's children of the Gulag

Strong institutions are better than a strongman leader

BOOK REVIEW — Reassessing the causes of the Soviet demise

Foreign investments in Belarus under heavy pressure
10 hours ago
Mongolia to channel natural resource riches into new sovereign wealth fund
1 day ago
Swedish funds have billions of euros of investor money frozen in Russia
3 days ago
Belarus-Russia trade increased 9% for first nine months of 2022
3 days ago
Bond investors rush into high yielding bonds on receding EM debt crisis fears, but the polycrisis pressure is still on
3 days ago