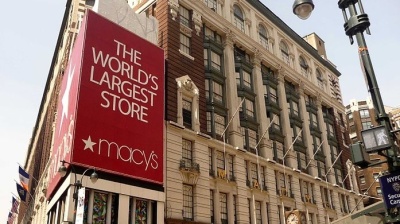 Czech billionaire Daniel Kretinsky and his Slovak partner Patrik Tkac have bought a 5% stake in one of the oldest US department stores Macy’s, through through their investment fund Vesa Equity Investment, becoming the fourth-largest shareholder in the retail chain, daily E15 reported on May 11.

According to the fund, depending on the development on the market, particularly a further share price decrease, driven mainly by the uncertainty around the coronavirus (COVID-19) outbreak which forced the retail chain to close its stores, the investors might consider acquiring additional stakes. Macy’s shares have been reported to decrease by almost 70% this year.

According to the daily, this is another significant acquisition by the Vesa fund in a relatively short time. A week ago, the fund announced that it holds over 5% of the shares of the British postal service Royal Mail which it bought, as with the Macy’s shares, on the open market.

CMI focuses on acquisitions and management of media assets in Central and Western Europe. In October 2018, the company bought 49% of shares in Le Nouveau Monde holding.

In November 2019, through their EP Global Commerce Group, Kretinsky and Tkac became the largest shareholder in German retailer Metro, increasing their share to 29.99%.

Kretinsky built his fortune as the energy magnate through its main asset Energeticky a prumyslovy holding (EPH), the biggest energy group in Central Europe. In recent years, the giant bought coal-based assets in Germany and Italy, as well as the UK, while continuing to increase its presence in Central European energy markets via acquisitions in Slovakia, Hungary and other states in the neighbourhood. It comprises over 70 companies structured in two pillars, EP Infrastructure and EP Power Europe.

Violent clashes with police at thousands-strong anti-lockdown protest in Belgrade
8 hours ago
Belarus presidential election to have no outside observers, opposition may united by a single candidate
16 hours ago
US intelligence memo admits there is “no evidence” of Russian payment of bounties to Afghans for killing US soldiers
21 hours ago
The bubonic plague has swapped its rats for marmots in Mongolia where two cases reported
1 day ago
Romania’s Blue Air goes from flying high to seeking debt restructuring
1 day ago