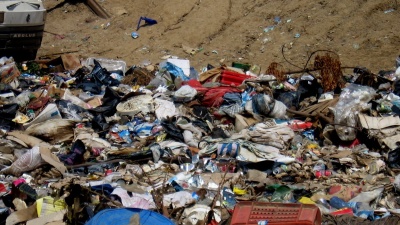 Bulgaria’s prosecution on May 28 arrested Deputy Environment Protection Minister Krassimir Zhivkov and five others over alleged involvement in the illegal import of waste from Italy, Siyka Mileva, spokeswoman of chief prosecutor Ivan Geshev, said at a press conference broadcasted by bTV.

The arrests followed raids on the offices of the environment protection ministry, two houses owned by Zhivkov and properties of two businessmen, the brothers Plamen and Atanas Bobokovi, bTV reported earlier on the same day.

“According to the gathered evidence, the deputy minister has refused to issue notifications for notifications for export from Bulgaria, therefore forcing producers to deliver the waste to controlled by him legal entities that have permits for [waste] processing,” Mileva said.

She also said that Zhivkov put pressure on employees of the ministry to issue notifications for imports of dangerous waste to companies that do not meet the requirements.

Although the prosecution has not yet issued an official statement on the raids and the arrests, local media reported that they were related to illegal imports of waste from Italy.

In December 2019, local media revealed reports that Italian authorities were investigating illegal exports of garbage to Bulgaria from the Italian mafia, reportedly to be burned in local power plants. Former environment protection minister Neno Dimov said the environment ministry had not received applications for waste imports from Italy. Subsequently, he was charged with covering up the imports.

According to bTV, prosecutors have gathered evidence that the Bobokovi brothers imported the waste from Italy although they do not have a permit to burn it. Allegedly, the waste was not sorted properly to be burnt safely by other companies.

COMMENT: After ERM2 entry is before the very fiddly euro entry path

Voters reward SDSM for progress towards EU accession, but with such a narrow lead over opposition VMRO-DPMNE forming a new government will be difficult.