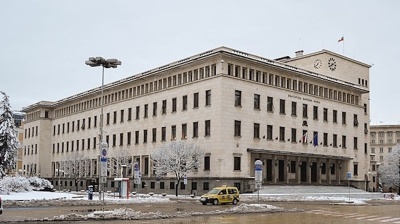 The nomination came after the unexpected resignation of Dimitar Kostov and during an asset quality review carried out by the European Central Bank (ECB) at six Bulgarian banks as part of the procedure for the country’s entry in the European banking union.

“Radoslav Milenkov is a well-known and respected specialist in the banking sphere, who has proven his professional knowledge and good reputation. He has all the necessary qualities to manage the banking supervision department,” the central bank said in a statement.

The parliament is expected to approve Milenkov’s candidacy within two weeks as the country does not want to delay the process of banking union entry.

Bulgaria applied in July 2018 for membership in the Exchange Rate Mechanism (ERM2) and the European banking union and hopes to get a green light in July 2019. The country meets the nominal criteria to adopt the European common currency, with its currency, the Bulgarian lev, pegged to the euro, low inflation and healthy public finances.

However, the EU has demanded that Bulgaria check its banking system due to suspicions that some locally-owned banks are not stable enough.

It is seen as “a kind of guinea pig”, as Brussels is seeking to set up a pattern for all future candidates for the Eurozone.

Iran's ambassador to Seoul was summoned to the South Korean Foreign Ministry on July 23 as an official protest was lodged over reports that Tehran is mulling legal action against Seoul over the ... more