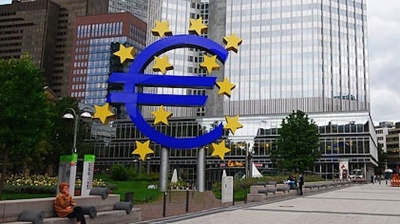 Bulgaria and Croatia, which have just joined the eurozone’s waiting room, the Exchange Rate Mechanism (ERM2), may adopt the euro by 2023 if they comply with all convergence criteria, Fabio Panetta, a member of the executive board of the ECB, said in a speech published on the website of the institution.

On July 10, the ECB announced that the two countries are joining the European banking union and ERM2 simultaneously.

Panetta noted that Bulgaria and Croatia have already implemented important reforms to mitigate risks under ERM2 in order to be accepted into the "waiting room".

“However, these reforms will not fix all the imbalances and vulnerabilities that the two countries are facing,” he said.

The two countries still need to implement post-entry commitments they have made in order to be allowed to adopt the euro. The ECB convergence report released in June showed that Bulgaria and Croatia have made mixed progress over the past two years.

“While important steps have been taken to address fiscal imbalances – and, in most cases, other macroeconomic imbalances, too – more progress is needed with regard to the overall quality of institutions and governance. In none of the seven countries examined is the legal framework fully compatible with all the requirements for adopting the euro. Advancing on this front is key as sustainable convergence requires sound institutions,” Panetta said.

The two countries must spend at least two years in ERM2 to become members of the eurozone in what will be its first enlargement since 2015.

The European Investment Bank (EIB) said on June 21 it is providing a €100mn loan to support the faster recovery of small and medium-sized enterprises (SMEs) in North Macedonia from the COVID-19 ... more

The European Bank for Reconstruction and Development (EBRD) said on June 21 it is providing a €110mn sovereign-guaranteed loan to North Macedonia for the construction of a 10.7km motorway ... more

IMF's board of directors adopts arrangement with Serbia

The board of directors of the International Monetary Fund (IMF) has confirmed a new advisory arrangement with Serbia, which will last for the next 30 months, the Serbian finance ministry announced on ... more