bneGreen: Last chance to cut emissions and save the climate 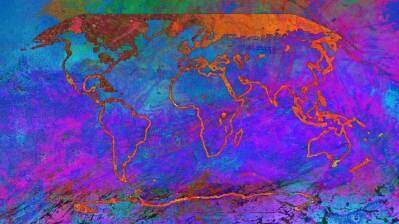 Changing by the artist Alisa Singer
By Richard Lockhart in Edinburgh August 10, 2021

The UN has said in its strongest statement yet that human influence is unequivocally responsible for creating climate change, with only immediate, rapid and large-scale reductions in carbon dioxide and other greenhouse emissions able to limit global warming to 1.5°C this century.

Scientists at the UN International Panel on Climate Change (UN IPCC), said in their latest report that the rapid changes in the atmosphere, ocean and biosphere that had occurred were unprecedented over a period of many thousands of years, and that the world was is now seeing the results of human-induced climate change.

Efforts to date to mitigate climate change or reduce emissions of carbon dioxide have been too little and too late. The UN said that there was now stronger and stronger evidence for human responsibility for increasing global warming, which are directly causing changes in the climate system, such as heatwaves, heavy rainfall, droughts and tropical cyclones.

It warned that these changes are irreversible for centuries to millennia, especially changes to the ocean, ice sheets and global sea levels.

The report shows that emissions of greenhouse gases from human activities are responsible for approximately 1.1°C of warming since 1850-1900, and finds that averaged over the next 20 years, the global temperature is expected to reach or exceed 1.5°C of warming.

“This report reflects extraordinary efforts under exceptional circumstances,” said Hoesung Lee, chair of the IPCC. “The innovations in this report, and advances in climate science that it reflects, provide an invaluable input into climate negotiations and decision-making.”

The report was blunt in stressing that the current science now requires limiting cumulative CO2 emissions to at a minimum of net zero as quickly as possible if global warming is to be limited to 1.5°C or even 2°C this century.

Otherwise, temperatures will continue to increase, directly causing changes to the climate system that will become faster and more catastrophic at the century progresses.

“Stabilising the climate will require strong, rapid, and sustained reductions in greenhouse gas emissions, and reaching net zero CO2 emissions. Limiting other greenhouse gases and air pollutants, especially methane, could have benefits both for health and the climate,” said IPCC Working Group I co-chair Panmao Zhai.

Yet the report said that while efforts to reach net zero in the coming decades could reduce the intensity of climate change and the frequency of natural disasters, such as heatwaves, droughts and the reduction in Arctic Sea Ice, it warned that many changes are irreversible and that any efforts at mitigations have come too late.

Indeed, all that can be done now is limit future global warming, while accepting that the climate change that takes place is irreversible.

For example, the report said that reducing greenhouse gas (GHG) emissions quickly could lead within years to discernible reductions in GHG and aerosol concentrations and air quality.

This could mean that the rising trends for global surface temperatures could change discernibly within 20 years.

Put simply, it will take 20 years for major reductions in emissions to make any inroads into global warming and for temperatures to stabilise, so difficult will it be to push global temperatures away from their current upward trends.

The report gives detailed regional predictions for climate change and global warming. For Europe the report is highly confident that temperatures will rise in all European areas at a rate exceeding global mean temperature changes.

In Central Europe, which includes Ukraine, as well as flooding, there is also a medium chance of drought across the region if temperatures rise by 2°C.

The report gives credence to recent to efforts already proposed by governments, such as emissions trading schemes, the EU Green Deal and the Carbon Border Adjustment Mechanism (CBAM), to force businesses and industries to reduce emissions and to pay cash for the CO2 they produce.

The UN’s report, which comes ahead of the COP26 conference in Glasgow in November 2021, will place CO2 emissions and how to manage and reduce them at the top of the investment agendas of polluting industries, such as steel, chemicals, power generation and fertilisers.

The report will also lead more institutional and equity investors to limit or even end their investments in dirty sectors of the economy, such as coal and steel.

“The IPCC’s messages make sobering reading for all financial decision-makers. Recent shifts towards net-zero, resilient investment by private sector firms and governments must now be rapidly accelerated, now that we have an updated understanding both of the risks involved and of the limited time window to address them. The financial system must support the economic transformation that we need, ending finance for outdated technologies and scaling up investment into future resilience and prosperity,” said Kate Levick, associate director, sustainable finance, at E3G, a European climate change think tank.

As such, the report will make it more urgent for governments to make deeper commitments to reducing emissions.

UN secretary general António Guterres said this week that the report required government to improve their Nationally Determined Contributions (NDCs), their commitments to reducing emission in the coming years.

He also said that the report should stimulate further abandonment of fossil fuels.

“This report must sound a death knell for coal and fossil fuels, before they destroy our planet.  There must be no new coal plants built after 2021. OECD countries must phase out existing coal by 2030, with all others following suit by 2040. Countries should also end all new fossil fuel exploration and production, and shift fossil-fuel subsidies into renewable energy,” he said.

To conclude, the report gives stronger scientific basis for the causes of global warming and offers some direction on how to deal with it.

Perhaps most importantly, this report stresses businesses and investors cannot ignore climate change and must put it at the very centre of their investment strategies.

The report argues that reducing emissions as quickly as possible is the only way out of the climate crisis. For carbon-intensive businesses, this means that finding ways to reduce emissions and to pay for the cost of the carbon they continue to produce will dictate their revenues, profits and future investment strategies.