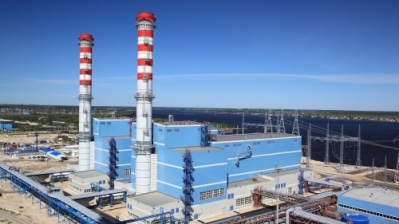 The EU on 14 July unveiled the details of its proposed Carbon Border Adjustment Mechanism (CBAM), which aims to protect EU CO2 emitters from carbon leakage by making exporters to the EU market pay for the CO2 they produce.

Forming part of the wide-ranging Fit for 55 package, which refers to the EU’s 55% target for EU reductions by 2030, CBAM will effectively require non-EU producers of steel, electricity, cement, chemicals and fertiliser to buy carbon allowances using a system based on the existing EU Emissions Trading System (ETS).

The CBAM is supported by some EU member states and by green think-tanks. Many carbon-intensive industries are also supportive, providing they continue to receive free allocations of EU allowances.

The CBAM is most vulnerable to legal challenge on trade grounds, as it could fail to meet WTO rules. Brussels itself insists that it complies with the WTO. It could also cause trouble during global climate trade talks, such as COP26 in Glasgow in November.

Less developed countries, which could face being left behind in the campaign to reduce emissions, could also feel the negative effects of the CBAM as they become less competitive with their EU rivals.

The Fit for 55 package fleshes out the details of meeting the aspirations of the EU Green Deal, which was first published in December 2019 and first set the 55% target.

The CBAM would work by requiring EU importers of non-EU iron, steel, aluminium, cement, fertilisers and electricity to pay for the carbon emissions embedded in those products from 2026.

Together, these sectors account for 45% of emissions from sectors at potential risk of carbon leakage, the EU said.

Importers would buy a CBAM certificate for each tonne of embedded carbon dioxide, with the price linked to the EU ETS price, which is currently at a high of €50 per tonne. Revenues from this, which could reach €10bn per year, would fund the CBAM system, with the rest being swallowed up by the EU’s general budget.

The scheme allows free allocations of allowances at first, which would gradually fall by 10% per year, to be replaced by the same proportion of CBAM allowances.

The reporting system should be in place by 2023, with financial payments beginning in 2026.

This replacement process would extend until 2036, the end of the CBAM phasing in period, when the mechanism would cover 100% of embedded emissions.

However, if an exporter into the EU can show that it has already paid for the carbon embedded in its products in another country, that cost would be deducted from the CBAM levy paid by the EU importer. This aims to avoid breaking WTO rules against double taxation, which prevent importers paying twice for the same emissions.

Other Fit for 55 measures

The Fit for 55 package also reforms the EU ETS system, most notably by nearly doubling the rate at which the EU ETS emissions cap declines year by year, the so-called linear reduction factor (LRF), from 2.2% to 4.2%. The EU said that the faster 4.2% rate was needed to meet its 55% reduction target for 2030.

The ETS will also be extended to half of international shipping to and from the EU, as well as all intra-EU maritime travel, and free allowances for intra-EU flights will be phased out.

Also, road transport and buildings will have their own parallel EU ETS scheme from 2026, which will involve distributors of heating and transport fuels, rather than individual car drivers or building owners. It will aim to reduce emissions by 43% by 2030, with a 2005 benchmark.

In terms of funding, the EU will double the budget of its EU Innovation Fund to €50bn per year between now and 2030.

Brussels will also ban sales of new fossil-fuel cars after 2035 and provide social support for EU citizens affected by the green transition.

Looking ahead, the allocation of free allowances, so crucial to many emissions producers’ conditional support for CBAM, will remain controversial.

Opponents, mainly in the green lobby, are worried free allowances will hold back decarbonisation.

“The CBAM proposal released today sends a strong signal about the EU’s intention to transform heavy industry in the EU and abroad in the shift to net zero. But there are still lots of details to fix if that intention is going to be turned into reality. We need a faster phase-out of free allowances to boost incentives for industrial decarbonisation and, crucially, targeted support to help developing countries invest in cleaner technology,” Johanna Lehne, senior policy advisor, Industry & Trade at E3G, a climate change think-tank, said.

The sheer complexity of both CBAM and the wider Fit for 55 package means that the potential for greenwashing, which can be defined as creative emissions accounting rather than real emissions reductions, will increase, noted Bellona, a non-profit entity that fights climate change.

On the other hand, Europe’s heavy industry warned of increased costs, even though they broadly agree with the need to reduce emissions.

The European Steel Association (EUROFER) said that it could put €50bn of current European investment projects in danger.

“The Fit for 55 EU ETS/CBAM proposal to remove financial resources through the post-2026 phase-out of free allocation – in favour of an untested and incomplete CBAM – risks hindering, rather than incentivising, low-carbon investment,” EUROFER said in statement.

The European steel industry would need to invest €144bn by 2050 in new technology to meet Fit for 55 targets, threatening to raise steel production costs and prices by 35-100%, EUROFER forecast.

The renewable energy sector has welcomed the new proposals, as demand for cleaner wind, solar and geothermal energy will increase.

European Commission President Ursula von der Leyen said that Europe’s 2030 renewable energy target would rise from 32% to 40% of final power demand as part of amendments to the Renewable Energy Directive.

“The European Commission’s proposed 40% renewables target would correspond to 660 GW of solar power installed by 2030, amounting to 58 GW installed each year, a huge number, driven by the versatility of solar and record-breaking cost reductions,” said Walburga Hemetsberger, CEO of SolarPower Europe.

Meanwhile, exporters into the EU are already counting the cost and doubting the legality of the CBAM.

China has said that measures would expand climate issues into trade in violation of international principles and hurt prospects for economic growth, Reuters reported.

The Russian government has estimated that the country’s exporters to the EU could face costs of up to $7.6bn per year.

However, the CBAM rules allow any carbon payments made in the exporter's home country to be offset against CBAM payments. This could help encourage the development of carbon regulations and a carbon price in Russia.

Also, the fact that the scheme will only be up and running from 2026 means that industry in countries such as Turkey, Ukraine and Russia have some time to become greener by investing in new cleaner technology.

Meanwhile, Turkey, Russia and China, which stand to be hit the most by the CBAM as they are major exporters of the most vulnerable products, are the most likely countries to take legal action.

They could dispute the measure as anti-competitive in the World Trade Organization (WTO). However, the EU has been careful to avoid double taxation and discrimination against exporters into the EU and is confident that it would stand up to any test by the WTO.

Paolo Gentiloni, the EU’s Economy Commissioner, stressed: “CBAM as we call it is not a tax, it’s an environmental measure.”

For Russia, Fitch noted that higher costs are inevitable. However, the country’s steel and aluminium sectors have low production costs, according to the CRU steel price index, and will be able to absorb higher costs.

NLMK will be most affected by the CBAM because of its significant exports into the EU. Fitch said.

Severstal and Metalloinvest also have sizeable EU exposure, while EVRAZ and MMK will be the least affected.

Aluminium producer Rusal has announced a demerger of its high-carbon assets. It will continue to export into the EU low-carbon aluminium produced using hydropower, thus avoiding material CBAM payments.

In the fertiliser sector, Fitch said northern African and Russian fertiliser producers will be exposed to the CBAM as the largest exporters to the EU.

Russia’s PhosAgro and EuroChem sell just over a quarter, and Morocco’s OCP about 20%, of their production in the EU.

Indeed, the whole CBAM issue could prove to be “a diplomatic tightrope,” according to the European Council on Foreign Relations (ECFR), a think-tank.

The EU is taking the global initiative on climate change by putting in place rules that other countries must follow, although any weaknesses in the CBAM systems and the wider Fit for 55 packages could threaten to undermine Brussel’s climate leadership.

“Diplomatic tact and attention to detail will be critical in preventing the CBAM from undermining the EU,” said Alex Clark, a visiting fellow at the ECFR.

The CBAM is a start, and an innovative one at that, to extend the price of carbon into more areas of industry. While ultimately it will be the consumer that may well have to absorb higher costs, the EU wants a carbon price to simulate investment in greener technology and more vigorous efforts in reducing carbon emissions.

Future demand for copper will increase greatly as new, greener technologies make use of the metal's unique properties. In an article published by the World Economic Forum, billionaire Alisher Usmanov made the case for increased investment in copper.

The sustainability-linked bond issue worth €700mn has an annual coupon of 1.75%.