bneGREEN: Global warming will open up Russia’s Far North to agriculture over next two decades 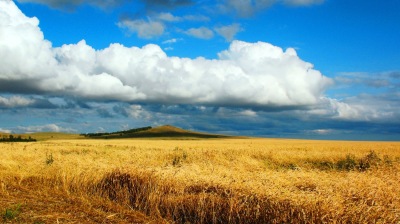 The global climate crisis has a silver lining for Russia at least. Over the next two or three decades large swathes of Russia’s frozen northern regions will become warm enough to grow crops, according to the Natural Resources and Environment Minister Alexander Kozlov.

As bne IntelliNews reported, Russia’s permafrost is melting and temperatures in the Far North are rising two and half times faster than elsewhere in the world. That is bad news for the dozen cities located there since Soviet times that focus on extracting raw materials, and will cause hundreds of billions of dollars of damage, according to a series of studies, but it will also raise temperatures for farmers.

Currently the strip of land in the southern part of Russia’s border region with China is only marginally farmable and little agriculture goes on there, but within a short time this land will start to become productive.

And the negative consequences of rising temperatures are already hitting countries further to the south; Ukraine suffered a poor harvest in 2020 due to widespread droughts, whereas Russia’s fertile “black earth” adjacent regions slightly further to the north were unaffected and had the second-biggest harvest on record, yielding 131mn tonnes of grain.

As Siberia warms it will be able to produce all the straw cereals – wheat, barley, triticale, rye, etc., but also feed corn, grain corn and even soybeans, by the end of the century. With several harvests per year. Russia’s grain potential could jump from 100-150mn tonnes of grain per year today to 1bn tpy in 2080, according to experts.

Ukraine is expecting to see its problems with the warming climate increase as temperatures continue to rise and its crop yields will be negatively affected as the problems get worse. For Russia, its agriculture can simply continue to move north.

About two thirds (60-65%) of Russia’s territory is covered by permafrost, mostly located in central and the upper right-hand corner of the country.

Currently the average temperature of the frozen ground is -3C and experts believed that this was rising by about one degree per decade, although more recently they have been alarmed as the rate of the temperature rise has doubled in pace in some regions.

In an interview with the RBC news website, Kozlov said the government needs to learn how to “manage what is currently happening” with these rapid ecological changes.

“All such regions realise what will happen to them in 20-30 years: They will cease to be a northern region and will suddenly become agricultural,” he told RBC as cited by the Moscow Times.

Russia has been criticised for dragging its heels and, as bne IntelliNews reported in the “Cost of carbon in Russia”, while it has signed off on the Paris Accords, it has set itself a low bar by promising to reduce its greenhouse gas (GHG) emission levels to those of 1990, the end of the Soviet Union, which it already almost meets, rather than those of 2005 which is the Paris Accord norm and which would mean Russia would have to make much bigger cuts.

So far, any environmental action that has been taken has been led by Russia’s biggest companies, which were spurred into action after the Norwegian state pension fund banned investments into Russian companies with bad environmental, social and governance (ESG) scores.

That has started to change more recently as the government wakes up to the dangers after a string of environmental disasters last year, and it has begun to take concrete action.

Although climate change may make new land available for agriculture, it will also lead to a more “nervous climate” in which unstable weather conditions will become the norm, said Alexander Kokorin, a climate scientist from WWF Russia.

And Russia’s black earth region has not escaped entirely from the problems Ukraine is already facing, as some arable land is facing “desertification”, which experts at the Institute of Geography also link to the climate crisis.

In addition to the problems agriculture is beginning to face, the Russian government, along with all the governments in eastern Europe, has had an additional impetus to take action by the European Union (EU) “green deal” that is due to come into force next year. The EU is a major trade partner for all of the countries in Central and Eastern Europe (CEE) but from 2022 the EU plans to introduce a green duty that will be applicable to any “dirty” product that has been produced using emission-heavy inputs, especially energy. That will put a big dent in bottom lines and governments and companies are currently scrambling to re-engineer themselves to reduce the impact.

As part of these new measures the Russian government introduced its first carbon charge on the island of Sakhalin at the start of this year in a pilot scheme that prices carbon at $50 per tonne – a relatively high level compared to what carbon pricing costs have been suggested by other countries in the region – that could be rolled out across the whole country.

Putin has in the past downplayed the risks of climate change, saying that global warming might not be that bad and Russians, who can “spend less on fur coats.” But Putin has changed his tune now and highlighted the Sakhalin scheme during his participation in a climate summit organised by US President Joe Biden in April and reaffirmed Russia’s commitment to fighting climate change. The Russian president has latched on to the climate issues partly because the problems are palpable now and partly because it provides useful geopolitical leverage in Russia’s fraught relations with the West.