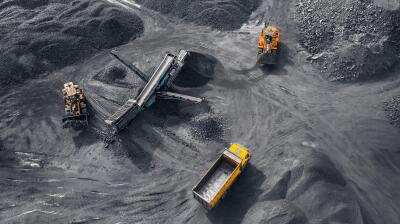 He warned that if nothing is done, emissions from existing coal consumption plants in power and industry alone will easily tip the world over the 1.5 °C limit.

He was speaking as the IEA launched its Coal in Net Zero Transitions report at COP27, and stressed that the overwhelming majority of current global coal consumption occurs in countries that have pledged to achieve net-zero emissions.

He also warned that coal had stubbornly refused to decline in recent years.

“Over 95% of the world’s coal consumption is taking place in countries that have committed to reducing their emissions to net zero,” said Birol. “But while there is encouraging momentum towards expanding clean energy in many governments’ policy responses to the current energy crisis, a major unresolved problem is how to deal with the massive amount of existing coal assets worldwide.”

The key problem is that is still the biggest single source of electricity in the world.

The only way to address the coal crisis is to accelerate the deployment of renewables and other clean alternatives to replace coal power plants. The current convenience of coal has to be replaced a new generation of grid and storage technology in order to provide the same energy services affordably and securely.

“Coal-fired power plants are on the decline, but not at the pace we need to save lives and win the battle against climate change. By scaling investment in clean energy, we can achieve a complete phase-out of coal plants in advanced economies by 2030 and the rest of the world by 2040,” said Michael Bloomberg, the UN secretary-general’s special envoy on climate ambition and solutions.

Where coal is burnt

According to IEA data, there are around 9,000 coal-fired power plants in the world, boasting 2,185 GW of capacity. The global fleet is elderly, and therefore dirty, ranging from 40 years old in the US to less than 15 years in developing economies in Asia.

Coal accounted for 759 TWh of power generation in 2021, an all-time high, while emissions from coal generation rose 6.6% year on year to 9.7bn tonnes, 100mn tonnes above the previous peak in 2018, according to IEA data.

Industrial facilities using coal are similarly long lived, with investment decisions set to be made this decade that, to a large degree, will shape the outlook for coal use in heavy industry for decades to come.

Global coal use is heavily concentrated in a relatively small number of countries, such as China, the US and South Africa, where the fuel plays important roles in the economy, local development and energy systems.

The IEA report also said that coal is now losing out on coast to renewables, reversing the decades when coal was the cheapest form of fuel.

Transitioning away from coal can be achieved without raising electricity costs for consumers. In fact, the competitiveness of renewables means average costs will fall between now and 2050 both in advanced economies and in emerging and developing economies.

However, new and innovative financial approaches are needed to accelerate coal transitions, which means high elements of risk. Yet it could be worth it, as coal plants are increasingly becoming stranded assets. In the power sector, investors in plants accounting for nearly 70% of the global coal power fleet are yet to recoup more than $1 trillion of capital. Lowering their cost of capital could speed up coal plant retirements.

bneGREEN: Most growth in power generation by 2050 will be solar and wind – BP
Climate-related crises among main drivers of human trafficking, UN drugs and crime office says
bneGREEN: Renewable energy was a hot topic in Davos but for Europe, much work remains

bneGREEN: Most growth in power generation by 2050 will be solar and wind – BP
5 days ago
bneGREEN: Renewable energy was a hot topic in Davos but for Europe, much work remains
11 days ago
bneGREEN: Floods turn Drina river in Bosnia into floating landfill
13 days ago
Central Asia’s shorter winters are whittling away glaciers
19 days ago
bneGREEN: River of waste clogs Serbia’s Lake Potpec after heavy rains
20 days ago