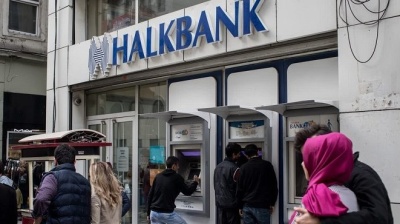 Erdogan has taken a keen interest in attempting to put an end to the Halkbank case pursued by New York prosecutors.
By bne IntellIiNews February 23, 2020

A US federal court on February 21 rejected an appeal from Turkey’s state-run Halkbank for special representation that would have allowed for a pause in proceedings on an indictment for Iran sanctions evasion while a request for a dismissal of the case was considered.

The lower-court prosecution will progress if Halkbank—described as a “fugitive” by prosecutors for refusing to appear at a South District of New York (SDNY) courthouse—does not pursue further appeals.

Halkbank "has not demonstrated that it lacks an adequate, alternative means of obtaining relief," the federal court said in its statement announcing the rejection of the petition for a stay of the criminal proceeding, Courthouse News reporter Adam Klasfeld tweeted.

The court ruling from December last year “denying a special proceeding that would postpone arraignment, still stands,” he added.

Halkbank has claimed that the US has no jurisdiction to hear the case.

In mid-February it was reported that SDNY prosecutors indicted Halkbank for Iran sanctions busting after US Attorney General William Barr personally spearheaded an effort last year to negotiate a settlement with the bank that would have allowed it to sidestep such an indictment.

Barr is said to have made the move after Turkey's president, Recep Tayyip Erdogan, pressed US counterpart Donald Trump on the matter in a bid to allow the bank to avoid charges.

The CNN report stated: “[…] Southern District of New York prosecutors believe that their leader, Geoffrey Berman, has defended the office's relative autonomy, particularly since Barr's arrival [in his post], according to people familiar with the matter.

“Barr, these people said, has attempted to micromanage certain cases, asking more questions and for more frequent updates than his predecessors on matters from Berman.

“Berman has bristled at those demands, according to these people, and has repeatedly pushed for actions on certain politically sensitive cases in opposition to Justice Department leadership, most notably the indictment in October of the state-owned Turkish bank, Halkbank.”

On February 4, US Democrat Senator Ron Wyden wrote to Barr to query whether Trump had tried to intervene on behalf of Halkbank.

Wyden acted after the federal court granted a temporary halt in the SDNY prosecution of Halkbank  while it weighed other requests by the bank.

Halkbank had previously sought to pursue a dismissal of the case in the SDNY without entering a plea on the charges. A judge denied that request, hence the bank’s move with its appeal.

It was charged in October with helping Iran access billions of dollars in oil revenue frozen in its accounts under US sanctions. A senior bank executive was previously convicted in the case, and a money launderer pleaded guilty to charges of orchestrating the scheme.

Erdogan was implicated in the alleged sanctions-busting conspiracy during the case that resulted in the conviction of the bank executive, but has strenuously denied the claims against him.