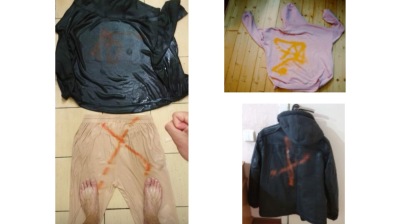 The police are spraying coloured marks on protest detainees to designate the level of beatings and torture they should receive / wiki
By Ben Aris November 22, 2020

Belarusian police have introduced a colour-coded system for marking detainees that determines how severely they will be beaten, according to reports posted on social media.

The systematisation of police brutality comes as opposition leader Svetlana Tikhanovskaya has called on the international community to designate the Belarusian police as a terrorist organisation.

"Since GUBOPIK (Main Anti Organised Crime Directorate) and riot police have turned into criminal gangs, we are beginning the procedure of recognising these organisations as extremist or terrorist. All employees who do not resign until the end of the investigation will be recognised as accomplices and will fall under sanctions and will face seizure of property," she said on her Telegram channel, during a visit to the Netherlands.

The Minsk-based NowBelarus was one of several social media accounts that posted pictures of clothes of detainees bearing spray-painted marks that were used by police, including the civil rights group “Nash Dom” among others.

“Regime police is marking detainees’ clothes with spray. This determines the level of severity of torture and ill-treatment that person will be subjected to once they arrive in prison. There are 5 colours (each represents a different reason for arrest),” NowBelarus reports. “For pepper spraying & hitting policeman protester can get the maximum level of torture in Belarus prisons (red or black spray).”

The channel reported the following colour scheme, which is based on a scheme already in use in prisons to grade convicts for non-protest related crimes.

White & nothing: detainee is not tortured; he is treated in a lawful way.

Green: detainee with non-standard appearance (dreadlocks, long hair for men, piercing, etc.). Torture by humiliation. Police may cut the hair and verbally abuse/threaten with or subject to sexual violence and rape. This category mainly targets teenagers or young people detained for minor offences.

Yellow: is subjected to torture and ill-treatment. The yellow tag denotes “prone to extremism”, usually anarchists, antifascists, aggressive citizens or believed to be organisers of the protest. This group is largely made up of the detainees by the GUBOPIK (Main Anti Organised Crime Directorate).

Red: is tortured, often up to disability, or severely abused. People who had a knife, hammer or any other type of weapon that can harm police; also if they hit policeman, most likely they would get sprayed red.

Black: according to unconfirmed information, torture to the point of death

An interview with English subtitles with a medic who was arrested on 10 August. He was one of the volunteer medics helping citizens injured by the regime police.

The violence of the regime has been escalating steadily as the security forces gain more control over Belarus’ cities as the protest movement fades. The people are still coming out to march on the traditional Sunday mass demonstrations but the numbers of participants has fallen dramatically after Tikhanovskaya called for a general strike to begin on October 26 that has largely failed.

Video: "I was beaten by law enforcement officers in Belarus" Interview with a doctor arrested and beaten by police for treating protesters

The demonstrations continued on November 22, but the tactics have changed. The police have stepped up their aggression, waiting until the weekend demonstrations are coming to an end and the crowds begin to break up before moving in and snatching the smaller groups of protesters on their way home.

The crowds have adapted too by adopting the “Be Water” idea using in Hong Kong. Demonstrators came out in an estimated 30 separate protests in smaller groups in the residential areas of Minsk rather than forming massive crowds in the centre of the city.

When police turned up they quickly dispersed, only to reform after the police withdrew. With so many protests to deal with, the police were stretched too thinly and in several cases had to run when the larger crowd turned on them, refusing to be intimidated. A new slogan was heard on the streets of Minsk this week: “Protest will die down when the dictatorship dies."

Because of the disbursed nature of the protests this week it is impossible to estimate the number of people on the street, but clearly the number is still in the thousands.

More than 200 people were arrested during the demonstrations on November 22, but that number was marked down on the over 1,000 that have been detained in the previous two weekend demonstrations – the highest levels seen since the very first days of the protests following the elections in August, when over 6,000 were arrested in the extensive street fighting with the security forces.

Even though detentions were down, the OMON maintained their brutal tactics. One video shared on social media showed a group of about 10 officers in full riot gear viscously beating a one-armed man before dragging him away to a paddy wagon.

Thousands of demonstrators also turned out last week for the funeral of Raman Bandarenka (Russian: Roman Bandarenko), who was bludgeoned to death by plainclothes security services after he tried to stop them cutting red and white ribbons off a fence in the “Square of Changes” where he lives on November 12. About half a dozen people have died in the protests to date but more than 30,000 have been detained, according to NGO estimates, and the number of political prisoners has soared to some 900 from only a dozen before the protests began on August 9.

Even though the protests have died down, Belarus' self-appointed President Alexander Lukashenko has been struggling to retake control of the country as resistance and protests remain widespread.

The president has unleashed a sustained campaign of repression to try to subdue the resistance to his continued rule that included last week cutting off the water and heating in some rebellious districts of Minsk. Residents have also received letters accusing them of participating in demonstrations and threatening them with criminal charges. Lukashenko recently changed the law to make protesting a criminal, not administrative, offence that carries a maximum sentence of several years in jail, not just the 15 days for an administrative offence. In one case one of these letters was sent to a man who had died seven years ago.

“Belarus Police sent a copy of the protocol to Aliaksandr Melnikau accusing the man of participating in an “unauthorised rally”. The problem is that the man died 7 years ago, his son says. He says his mother got very upset about the letter. Such a cynical reminder of their loss,” Hanna Liubakova, a local journalist, reported in a Tweet.

Tikhanovskaya continues to tour Europe and is being received by heads of state and parliamentarians to drum up support for her cause. While her reception has been warm, there is little that the EU can do to intervene, as it has little leverage over Belarus.

Tikhanovskaya's activism has maintained the pressure on Lukashenko and her calls for things like naming the police a terrorist organisation are keeping the pressure on Lukashenko. As bne IntelliNews reported, it appears that the Kremlin is losing patience with Lukashenko's inability to bring the stand-off with the protest movement to an end and is obviously casting about for alternatives after Russian presidential spokesman Dmitry Peskov publically condemned the Belarusian police brutality for the first time last week.

The announcement may be part of some damage control by the Kremlin, as the Belarusian people, which generally have a positive view of Russia, have been disappointed with Putin's backing of Lukashenko.

“In November 40% [of] Belarusians supported the alliance with Russia against 51.6% in September. The pro-Europe orientation, on the contrary, demonstrated growth in comparison: 33% in November against 26.7% in September. Source: BAM,” Franak Viacorka said on Twitter.

Russian Foreign Minister Sergei Lavrov is due to visit Minsk this coming week. He is another high-level Russian official who has recently made the trip to the country for talks, the content of which has not been disclosed.

At the start of September Russian Prime Minister Mikhail Mishustin visited Minsk with several Cabinet members to hold a day of talks with Lukashenko, although no details were released. 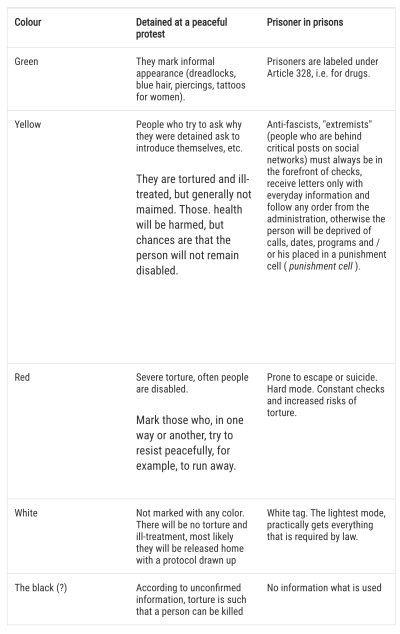