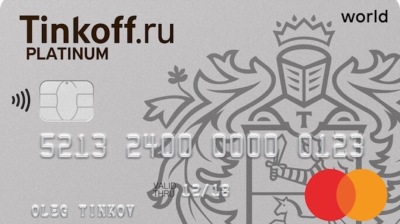 Oleg Tinkov is looking to sell his family's 35% stake in online Tinkoff Bank, which he founded. The bank intends to rebrand itself.
By bne IntelliNews April 25, 2022

As followed by bne IntelliNews, former Russian entrepreneurial class superstar Tinkov was one of the prominent oligarchs and businessmen sanctioned by the UK, and lost his billionaire status after his fortune plummeted by more than $5bn in a month. His TCS Group, former investor darling, was listed on the London Stock Exchange, with a capitalisation topping $20bn in 2021.

RBC’s sources claim that Tinkov was looking to exit TCS even before being sanctioned, reportedly wanting “to live a normal life outside and not depend on the current authorities”.

The newsflow in recent weeks indeed revealed a deep rift between Tinkov and the bank’s current management team. After Tinkov published a sharp foul-mouthed critique of "insane war" in Ukraine on his social media, Tinkoff Bank immediately distanced itself from its founder, saying its largest shareholder was merely “one of its clients”, and wished Tinkov, who is suffering from leukaemia, a “speedy recovery”.

Shortly afterwards Tinkoff announced it would be changing its name, noting that “recent developments had re-actualised the need for rebranding” and that the brand “outgrew” its name. The management of the bank holds 6.5% in TCS and another 58.4% are free floated.

Until 2021 Tinkov controlled 84% of TCS, but first started to sell out and then decentralise his stake following being diagnosed with leukemia and settling tax fraud accusations with the IRS.

The trading in TCS receipts is suspended on the LSE, after they plunged from close to $100 to $2.4. Tinkoff already said it could re-list in Moscow.

Previously Tinkov already tried to sell TCS. In 2020 Yandex called off the $5.5bn deal to acquire Tinkoff Bank, although the market and the analysts were inspired by a possible merger. The bank was also reportedly eyed by MTS Bank, subsidiary of MTS mobile major, controlled by AFK Sistema multi-industry investment conglomerate of now sanctioned Vladimir Evtushenkov.

Prior to Russia's military invasion of Ukraine, in 2021 TCS revealed its 2023 strategy, with a focus on further customer growth cross-sell, and a deep dive into technology, targeting $1bn profit and 30% ROE by 2023, which was welcomed by both institutional and retail investors. TCS is also targeting a strong trend of retail investors flocking to the equity market in Russia, and has most recently unveiled its sustainability agenda.

The strategy is now in question. In April 20221 Oliver Hughes, the financier who has helped to build Tinkoff Bank into a global financial powerhouse, has relocated from Moscow to Dubai as part of a massive exodus of Russian talent. Hughes and Pavel Fedorov, his co-chief executive, left Tinkoff in April to launch a fintech startup focusing on emerging markets in Southeast Asia.