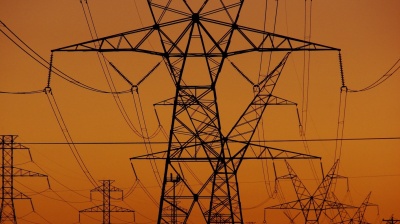 Albania has helped neighbouring Kosovo to avoid electricity restrictions at least for the coming days, the Kosovo’s economy ministry said on August 15.

The news came after Kosovo's energy companies informed citizens earlier on August 15 that they are imposing electricity restrictions due to the lack of production and inability to cover import prices.

"Thanks to the cooperation between Kosovo and Albania, namely the Kosovo Energy Corporation (KEK) and the Albanian Electricity Corporation (KESH), it was possible to avoid reductions from 2 pm today and to continue the regular supply of electricity," the ministry said on Facebook.

The ministry added that all institutions will continue to make maximum efforts to maintain a regular electricity supply during the coming days, but urged citizens and businesses to save electricity.

Kosovo is facing a crisis in the electricity sector as a reflection of the global energy crisis. The small Balkan country relies mostly on coal-fired power plant production, due to its huge lignite reserves. It is estimated that Kosovo has the world's fifth largest lignite reserves of up to 14bn tonnes, but its two thermal power plants, Kosova and Kosova B, are outdated and constantly need repairing.

Earlier on August 15, Kosovo's power distribution company KEDS said in a Facebook post that the restrictions, according to the plan sent by transmission system operator KOSTT, would last about two hours for each group of customers.

KOSTT said on its website that as a result of the imbalance between the consumption of electricity in the country and the energy provided to cover the domestic needs there were imbalances and market deviations to the interconnecting system of continental Europe, during the last weeks and months.

Kosovo and KOSTT have been notified by the European power grid network ENTSO-E to immediately stop such deviations.

Kosovo’s total installed electricity generation capacity is currently 1.54GW, of which the two obsolete lignite-fired power plants, Kosova A and Kosova B, account for 84%.

"The crisis requires understanding and mobilisation of all factors. Citizens are also advised to use electricity in the most rational way,” KEDS said.

On August 1, Kosovo’s government approved emergency measures for the energy supply sector due to the global crisis. They will be valid for 60 days after the parliament’s approval and may be extended for consecutive periods from 30 to 180 days.

The measures were taken to ensure sufficient energy during amid the crisis, which has caused an increase in the price of energy imports, and amid a possible ban on the export of fossil fuel from some European countries, which may cause a further increase of the import price.

Measures include ones to support citizens so they have heating during the winter, a ban on the use of electricity for cryptocurrency mining, support of the KOSTT to undertake the necessary actions in order to maintain the security of the energy system, as well as saving electricity consumption by all institutions.

Kosovo’s PM Albin Kurti said recently that due to the energy crisis, the import price of electricity reached up to €500 per MWh last winter.

First official results from Bosnian elections put nationalists ahead after exit polls predicted losses
11 hours ago
Georgian MPs want to rid the country of oligarchs, but not all of them
11 hours ago
Hungary agrees on deferred payments with Gazprom for winter gas deliveries
11 hours ago
US sanctions Russia’s CBR head Nabiullina and other officials
12 hours ago
Russia prepares for new attacks against Ukraine from Belarusian territory
12 hours ago