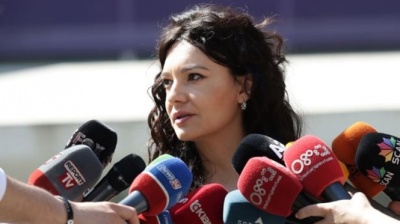 Albania’s governing Socialist Party will launch proceedings in the parliament to dismiss President Ilir Meta after the president signed a decree cancelling the June 30 local elections, a party statement said on June 10.

Meta said on June 8 he would cancel the local elections as conditions do not exist for “true, democratic, representative and all-inclusive elections”. His decision follows months of increasingly violent protests in Tirana and an opposition boycott of the parliament. The country’s two main opposition parties — the Democratic Party and Socialist Movement for Integration (LSI) — say they will not take part in the local elections.

Calling Meta’s move a “brutal act”, Socialist Party spokesperson Elisa Spiropali told journalists: “Ilir Meta has lost the right to remain in office as the president of the republic and the Albanian parliament will begin the procedure for his dismissal.”

The leadership of the Socialist Party plans to hold a parliamentary debate at the plenary session on June 13, at which it plans to put forward the arguments for Meta's dismissal.

The Socialists have 75 seats in the 140-seat parliament, having won an outright majority in the June 2017 general election, but 95 votes are required to impeach the president.

Ultimately it will be up to the Constitutional Court to decide on Meta’s removal, Spiropali said.

The Socialist Party spokeswoman insisted that the local elections will go ahead on June 30, echoing the first reaction from Prime Minister Edi Rama who responded to Meta’s announcement by saying that the vote will still take place.

Speaking to local media on June 10, Rama reiterated this: "We are a parliamentary republic, not a presidential one. So nothing can stop us and we’ll move forward with the June 30th elections.  ... We must focus on June 30th. We’re still in the game," the prime minister said according to News 24 TV channel.

Albania has thus been plunged into a constitutional crisis at a moment when EU governments are due to decide on whether to start accession negotiations with Albania, which has been a candidate country since 2014. While the European Commission has issued a recommendation for the start of talks, officials in several countries, notably Germany and the Netherlands, are understood to be reluctant to give the go ahead.