Who’s behind the proposed Turkish buyer of British Steel? 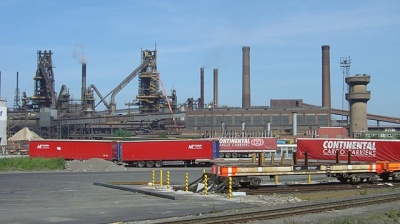 Ataer Holding, a subsidiary of the Turkish military’s pension fund, Oyak, has been announced as the preferred bidder to buy British Steel, the ailing former stalwart of British industry which was put into liquidation in May.

Oyak, with £15bn of assets and 30,000 employees, is to buy the stricken company for £70m. It beat off competition from Liberty House, a UK-based metals company, by proposing £900m of investment to double production at Scunthorpe Steelworks. The plant is one of the oldest steelworks in the country and a key local employer. Oyak’s plan would rescue 4,000 local jobs at the steelworks. What do we know about the secretive pension fund and the political impetus behind the deal?

Background
Oyak was established in the aftermath of the 1960 military coup in Turkey—primarily to help support the long underfunded Turkish military. An unintended consequence was that it started integrating the military elite into the capitalist system Turkey was gradually adopting, a process that has continued to this day.

In many ways, Oyak has been a success story. It has grown exponentially, benefiting from extensive tax exemptions and other protections. The fund partnered with Renault in 1971 to set up a joint venture and bought 49% of Turkish steel producer Erdemir in 2005. Historically, Oyak has been apolitical, but broadly aligned with the country’s traditionally powerful and secular military. It quietly accumulated an expansive portfolio of assets while skilfully adapting to macroeconomic conditions and navigating Turkey’s volatile political climate.

Politicisation of Oyak
For many years, Oyak resisted pressure from then-prime minister Recep Tayyip Erdogan, whose allies were increasingly replacing traditional big players of the Turkish economy. In 2012, Huseyin Celik, spokesman for Erdogan’s ruling Justice and Development Party (AKP), announced that the government would take a closer look at the fund. His statement came in the midst of the government’s all-out political war against the military in conjunction with its then-allies in the Gulen movement. Erdogan and the movement’s leader, Fethullah Gulen, later fell out but evidence used in trials to prosecute top military officers of the country was proven to be fabricated, most likely by Gulen sympathisers.

The Turkish government’s efforts to assert its control over Oyak only came to fruition in May 2016, when the fund saw a sudden change in its top leadership. President of the board Omer Necati Ozbahadir and general manager Coskun Ulusoy—who had been at the helm for 16 years—as well as four deputy managers abruptly resigned from their posts. Within days, Suleyman Savas Erdem, an ally of Erdogan who has served as an auditor at different departments under the prime minister’s office but is without any experience in the private sector, replaced Ulusoy as general manager.

Erdem’s appointment was greeted with scepticism. Opposition politicians highlighted his time at the Housing Development Association (TOKI), through which then-MP Erdogan Bayraktar was allegedly embezzling funds. Bayraktar, who ultimately resigned in December 2013 alongside other MPs following leaks, was shielded by Erdem himself when opposition MP Tacidar Seyhan called for an investigation into misappropriation of funds at TOKI in 2006.

The 2016 shake-up in Oyak’s management was widely seen as a sign of the ruling AKP finally getting its hands on a crucial Turkish asset. The government had already expanded its influence over the central bank and the courts, while its allies came to dominate much of the construction and heavy industry sectors. However, they had struggled to break into banking and finance. In a successful manoeuvre, Erdogan has inserted a loyalist into the top job of one of Turkey’s biggest asset management operations.

Implications for British Steel
British Steel is now an unloved and largely neglected company. Its demise was accelerated by a succession of political decisions, and its future ownership has been a source of much controversy. Liberty House bemoaned it falling back into foreign hands after Tata Group sold it to UK-registered Greybull Capital, claiming their plan would increase the company’s longevity and sustainability. MPs have been accused of losing interest in the ultimate fate of the company.

What lies behind the Turkish move? The deal may have been motivated by Erdogan’s own personal agenda. Oyak’s move may allow the British government to avoid criticism over the liquidation of a former British industrial icon; Erdogan may expect the UK to return the favour. Indeed, many Gulen sympathisers, most prominently high-profile and self-professed Gulen acolyte Akin Ipek, have fled to the UK; Turkey’s attempts to extradite them have thus far been thwarted. Whether Erdogan can realistically expected the UK to move on this issue seems doubtful.

Despite its political links, Oyak remains a well-run, if secretive, fund. Its decision-making is largely independent and it is largely staffed by technocrats. But it has been shielded from normal government oversight and audit; in 2016 it stopped publishing its annual reports on its website.

In short—the fund is something of a cipher, and the UK government should consider carefully the political quid pro quo Erdogan may ask for in return for stepping in to save British Steel.

Tourism’s long road to recovery
DATACRUNCH: the bne car ownership/age index
ISTANBUL BLOG: Meet “The Botox”, the mafia boss who’s singing like a canary about the Erdogan regime on YouTube

IFPR BMB Russia: Russia’s inflation caused by greed
23 hours ago
MACRO ADVISORY: The five Stans back in the Game
3 days ago
ING: Hungary's inflation is back to 2012 levels and above 5%
3 days ago
AFC CAPITAL: Uzbekistan’s Capital Markets Development Agency restructured as privatisation looms
3 days ago
10 megatrends shaping emerging Europe in the post-pandemic 2020s
5 days ago