Who are the 33 Russian mercenaries arrested in Minsk? 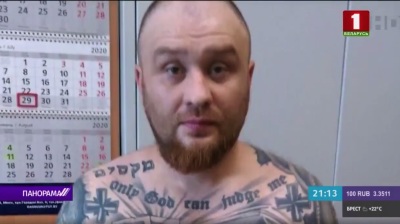 There is a lot of confusion over what 33 Russian mercenaries were doing in Minsk. Were they there to destabilise the country ahead of the presidential elections or just on their way to a war in Africa?
By bne IntelliNews July 30, 2020

More details of the 33 Russian mercenaries arrested in Minsk emerged on July 30. Belarus has accused a Kremlin-linked military contractor of sending 200 fighters to destabilise the country ahead of August 9 presidential elections in which long-time ruler Alexander Lukashenko is facing an unprecedented challenge.

Political analysts remain suspicious of the arrests, video of which was broadcast on national TV, saying that the drama may be a ruse by the president to call a state of emergency and clamp down on swelling opposition rallies or maybe to cancel the upcoming elections entirely.

“Obviously it is early and we don't have all the facts, but it seems highly likely the arrest of these 33 Russian Wagner contractors has more to do with domestic Belarusian politics and the election than it does with foreign interference,” tweeted Rob Lee, a PhD political science candidate who follows Belarus.

Lukashenko called an emergency meeting of his Security Council on July 29 the same day as arrests to assess the situation.

The president has been playing up the “enemy at the gate” theme for more than a week. Five days ago he said: “State Secretary Andrei Ravkov was right when he said that all modern wars begin with street protests, rallies and Maidan-type revolutions. If there are not enough people here to take part in such revolutions, they will bring them from abroad… These are professional military, gangsters who are specially trained, mostly as part of private military companies all over the world and they make big money from staging provocations in various states.”

Lukashenko claims the mercenaries were in Minsk as part of a 200-strong military team sent by Moscow to destabilise the country during the elections.

However, evidence has emerged that suggests the men were simply stopping off in Minsk, which has become a convenient transit point during the coronacrisis, en route to Libya, where they had been contracted to provide security for an oil facility.

“As it became known to the @wargonzo project from sources in the Russian special services, Minsk was used by the Wagnerites as a transshipment point for the transfer of fighters to other countries, mostly African,” according to the WarGonzo telegram channel, run by a well-known Russian reporter.

“Naturally, the Belarusian special services were aware of and warned in advance, and in fact ensured a calm process during the pandemic, the transfer of our soldiers to the eastern fronts. The coronavirus regime between Belarus and other countries, as you yourself understand, is much milder than in the case of the Russian Federation,” WarGonzo added. “Agreements on this transport corridor were reached at the highest level and Lukashenka, of course, was aware of why the Wagnerians were in Minsk and where they were going.”

The Belarus presidential press service claimed the men are employed by the Wagner company that belongs to Yegveny Prigozhin, a personal friend of Russian President Vladimir Putin, which has been employed by the Russian government to fight in Syria and other hotspots around the world.

“If they’re guilty, we should get out of this situation with dignity,” Lukashenko said of the alleged Russian involvement. “If they’re not guilty – good, we don’t have any goal of smearing the country that’s close to us.”

The authorities published a

Lukashenko has built his presidential campaign on demonstrating that Belarus faces an external threat, and the capture of the Russian group fits that narrative, Minsk-based military analyst Yahor Lebiadok told Bloomberg.

Publically Lukashenko is playing up the security threat and has announced that controls on the border with Russia have been increased and the security services have been put on high alert.

"If these were private army fighters being sent on a mission abroad via Belarus, we would have expected to be informed by Russian special services. Neither FSB nor GRU have informed us... Judging by presence of snipers, bomb and IT experts, we must escalate our security measures,” Lukashenko said.

Another Telegram channel RSOTM that follows the private military companies claims the men belong to the Mar PMSC and were on their way to Turkey from Minsk before flying on to Libya, where they were contracted to protect an oil facility on behalf of the Turkish- backed Government of National Accord (GNA) based in Tripoli. 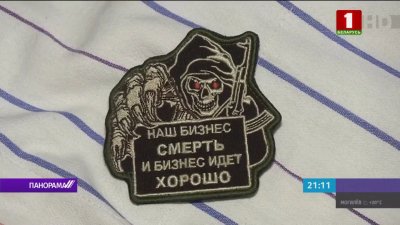 Russia's Pravda also reported that, according to informed Belarusian sources, the detained Russians belong to the Mar and not Wagner private military company (PMC) and that Artyom Milyaev was responsible for recruitment.

The Mar PMC was established in 2014 by Alexei Marushchenko following the annexation of Crimea by Russia. The group has operated in many war zones but purportedly does not fight, instead providing armed protection for transport and facilities. Marushchenko claims Mar was never present in the Donbass.

“[Marushchenko] said his group wasn't fighting in the Donbass but they were helping evacuate people from there and conduct investigations. He said he had 70 people in his PMC in the Donbass in September 2015, who were almost all former military servicemen and were at least 26 years old,” Lee tweeted.

There have also been reports that several of the fighters have seen action in the breakaway Ukrainian region of Donbass, where the Kremlin has been actively supporting separatists in their military conflict with Kyiv.

The Belarus presidential press service said: "14 of the detained mercenaries were known to have fought in Donbass, therefore we have summoned the Ukrainian ambassador to discuss next steps."

Zachary Prilepin, the Russian author who boasts of killing many Ukrainian soldiers during his time fighting in Donbass, says some of the Russians arrested in Belarus were members of his battalion but believes they were simply transiting.

“Wagner is currently heavily involved in Libya, and it is increasingly likely that a large battle will occur in the city of Sirte in the near future. These contractors arrested in Belarus may have been much-needed reinforcements,” Lee added.