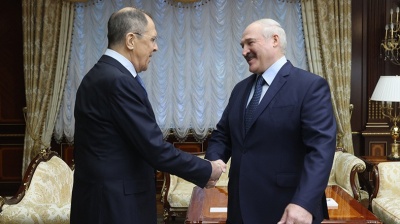 Leaked documents show the Kremlin has plans to set up a pro-Russia Belarusian party and transition the country to a parliamentary democracy as a solution to the current political crisis / WIKI
By Ben Aris in Berlin December 30, 2020

The Kremlin is preparing to launch and support a pro-Russia political party in Belarus called “The Right of the People” that will take advantage of mooted changes to the constitution that will lead to fresh parliamentary elections.

Russian news site The Insider reported on December 22 it has obtained documents claiming that Russia is going to intervene comprehensively in the internal politics of Belarus. The documents also show that the Kremlin is fully involved in drawing up the changes to the constitution.

Belarus' self-appointed President Alexander Lukashenko has said many times in the past that the constitution needs reform, but until the protests began following the disputed August 9 presidential election this suggestion was seen largely as a sop to the population and was not expected to bring any meaningful change to the way in which the country was run.

That has changed since the protests began as the Kremlin sees the changes as a way to defusing the standoff and a convenient way to easing Lukashenko out of office, or at least reducing his power, while at the same time placating the population by giving them more representation in the political process.

While few details have been released, clearly a deal of some sort was cut at a meeting between Russian President Vladimir Putin and Lukashenko during their meeting in Sochi on September 14, where Putin also announced Russia would extend a $1.5bn loan to Belarus.

Russian Foreign Minister Sergei Lavrov followed up with another meeting with Lukashenko in Minsk on November 26, when he publically berated him, reminding him to “keep your promise” on pushing through the constitutional changes.

The Belarusian opposition has also called for a change to the constitution, but opposition leader Svetlana Tikhanovskaya, the nominal winner for the presidential elections in August, has called for a return to the 1994 constitution that includes term limits for the president. The opposition has also insisted that any reconciliation process must begin with Lukashenko stepping down as president and the appointment of a transition government to organise new presidential elections.

The two versions of the constitutional changes are likely to be very different. The Insider published documents from Russia’s President’s Office for Interregional and Cultural Relations with Foreign Countries. It is headed by foreign intelligence expert General Vladimir Chernov.

The first of the papers described the “Operational Strategy in the Republic of Belarus”. It was prepared in September 2020, reports The Insider.

“Its authors write about the need to penetrate the governing bodies of all opposition structures in Belarus and about the formation of a base for a future party or political movement. In addition, the paper talks about creating its own channels for the dissemination of information, such as Telegram channels and YouTube channels,” the Russian-language news site reported.

The text of the speech also talks about the need for constitutional reform that will transfer power to the parliament, which will be as loyal to Russia as possible.

Another document seen by journalists is the founding programme of the puppet party “The Right of the People”. Its creation has not yet been officially announced. Judging by the programme, the Kremlin expects to divert discontent towards “constitutional reforms”, hoping that this will distract Belarusians from the fight against the stolen elections.

The idea of transferring power from the president to the parliament has been floated before and jailed ex-banker and leading opposition candidate Viktor Babariko has been suggested as a possible compromise candidate. Babariko worked for Belgazprombank for 20 years and is pro-Russian, although his platform highlights Belarusian sovereignty as his primary goal. Babariko garnered an unprecedented 400,000 signatures-plus in support of his candidacy for president in the August elections and had been very likely to win against Lukashenko until he was jailed on trumped up financial crimes charges. Putin also reportedly mentioned Babariko’s name in his talks with Lukashenko, who would also be acceptable to the population. However, analysts believe the Kremlin is unlikely to support Babariko as candidate for Prime Minister and will prefer someone it can more fully rely on.

It becomes clear from the programme that the Kremlin is planning the transition of Belarus to a parliamentary-presidential republic. As part of this compromise it is also likely that Lukashenko will be left in office but stripped of most of his executive powers as a face-saving compromise, before he retires sometime later.

In addition, there are plans for large-scale privatisation of the public sector, “dismantling of censorship” and “respect for the freedom and dignity of the individual,” the document says.

Russian businessmen would be happy to move into yet another “near-abroad” country, which has a well-developed heavy industrial sector, sends significant exports to Western Europe, in addition to its exports to Russia, two very attractive oil refineries and a world-class IT sector amongst other assets. At the same time, the Kremlin is very keen to keep Belarus as a buffer state to NATO, which has member countries on Belarus’ western border. The Kremlin has long sought to have Russian forward military bases on Belarus’ western border.

The authors of The Insider emphasised the fact that the document shows many edits from Nikita Logovoy. Logovoy is a graduate of the Faculty of International Relations of the Belarusian State University, and in social networks he actively supports opposition events and is photographed with the WRW flag.