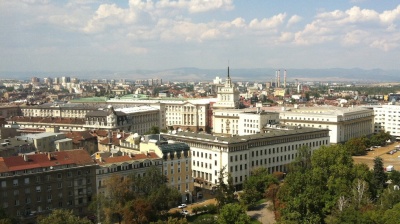 Early stage venture capital firm LAUNCHub Ventures has held the first close of its new fund on €44mn. The Sofia-based firm aims to raise a total of €70mn for the fund targeted at Central and Southeast Europe.

LAUNCHub invests in tech startups at the seed and series A stages. As well as companies based in the CEE and SEE regions it also funds those launched by founders from the region that are based in international startup hubs.

Investors in the new fund include the European Investment Fund, tech corporations and Bulgarian investors, according to the firm. It expects the final close by 2Q21.

Having raised the money, LAUNCHub Ventures plans to finance 25 startups in the coming four years, with initial investments in the €500,000 to €2mn range. Over half of the fund will be kept for follow-on rounds for successful portfolio companies.

Within the tech sector, LAUNCHub is interested in a range segments including fintech, software as a service (SaaS), AI, digital health, blockchain and many others.

LAUNCHub plans to invest a quarter of the fund in Romanian startups, Ziarul Financiar daily reported. Rumen Iliev, partner at LAUNCHub, told the Romanian daily that Romania the largest market in the region and the most strategically important for LAUNCHub.

"From the new fund, we have already invested in Romania. We poured money in FintechOS together with GapMinder almost two years ago in the seed series, and we followed up for the A-series and hopefully soon for the B series as well. FintechOS is one of the most promising companies in the whole region," said Iliev.

Among LAUNCHub’s other portfolio companies are US-Bulgarian startup Gtmhub, which raised a $30mn series B funding round led by US venture capital firm Insight earlier this month.

It also recently led a $4.5mn funding round for property tech startup Giraffe360 alongside Hoxton Ventures. Giraffe360, which offers a robotic camera for property sellers, was launched in Riga but is now based in London.

Romania’s public debt-to-GDP ratio up 12.4pp y/y to 47.7% at end-2020
Romania expects to get €720mn from sale of 5G licenses this year
Emerging Europe strong on women’s economic opportunities but dragged down by low pensions