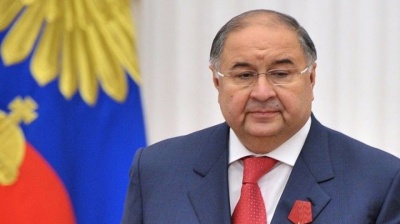 Russian billionaire Alisher Usmanov has been re-elected to a fourth term as the President of the International Fencing Federation (FIE) during the body’s congress in Lausanne, Switzerland, it was reported on  November 27.

Usmanov, a former sabre fencer who made his money in finance, metallurgy and international tech investments, has always been passionate about the sport and, as he says he is moving into retirement, dedicates the bulk of his time to running FIE and promoting the sport.

“I am honoured to be re-elected as FIE President with the support of our world fencing family”, said Usmanov as cited by FIE. “Fencing is stronger than it has ever been as a global sport. Our FIE programmes and support for fencing worldwide have facilitated its dynamic growth and its increased popularity as one of the original Olympic events.

FIE is the world governing body for the sport of fencing, which has been part of the Olympic Games since 1896. FIE currently has 155 affiliated member federations representing the sport on all five continents of the world, with its headquarters in Lausanne.

The mission of the FIE is to actively promote the development of fencing throughout the world, and to educate people from all walks of life about the values intrinsic to fencing: Clean Sport, Fair Play, gender equality, hard work and excellence, FIE said in its statement.

“Tokyo [Olympics] 2020 was a milestone for fencing and a resounding success”, Usmanov added. “For the first time in history all 12 fencing events were held. It represents the tremendous work and commitment to our sport by our worldwide community, and universal recognition of fencing’s key role in the Olympic movement.”

The ethnically Uzbek Usmanov has had a long career in business, making his first million producing plastic shopping bags in the twilight years of the Soviet Union. After the fall of the USSR he went into finance before establishing Metalloinvest, one of Russia’s largest metallurgical companies. But he made a large share of his fortune with an early investment into Facebook in the midst of the 2008 financial crisis. Today he and his partners remain investors in a wide variety of businesses through their USM Holding group.

More recently, now he is in his 60s he has said he wants to withdraw from business and concentrate more on his duties as president of FIE and philanthropy.

Thomas Bach, President of the International Olympic Committee, said: “I congratulate my friend Alisher Usmanov on his re-election as FIE President. Mr. Usmanov was instrumental in developing fencing all over the world, and I am confident that under his leadership this wonderful Olympic sport will continue its further development.”