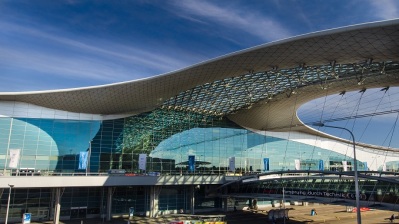 Once famous for its dark arrival halls and legendarily long immigration queues, Russia’s leading international airport Sheremetyevo has transformed itself into one of the world’s best airports.

Forbes magazine named Sheremetyevo (SVO) as among the best employers in Russia as part of a survey of corporate culture and practices by the largest Russian companies.

The accolade follows on the heels of the airport being named the world’s most punctual airport in a separate survey from travel data and analytics firm Cirium released this week.

The Forbes survey assessed 150 firms in Russia and found that Russian companies have begun to invest in making their jobs more attractive in an effort to find and retain the best employees. Russian unemployment is at a historic low and the labour market is drum tight. Unemployment has fallen to 4.6% as of November, the latest data available, its lowest level in the last three decades.

Sheremetyevo is one of the largest employers in Moscow and the region, with more than 17,000 staff. The airport was pleased with the result and points out that it has adopted collective agreements with workers as well as introducing a number of corporate policies to offer education and healthcare for employees and their families. Medical services for employees are provided based on the system of mandatory and voluntary medical insurance paid by the company. The airport also provides holidays for its employees and their children in a distinctly Soviet, but very still very popular, policy.

Treating its employees well has paid dividends as the airport has been transformed out of all recognition to become one of the most efficient in the world. For all of the 1990s the airport was famous for its dark immigration hall in the original terminal F building that could take hours to navigate, and its surly and unhelpful staff. 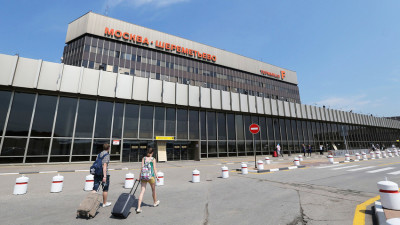 Today several new terminals have been built including the bright and spacious terminal D, which is home to Russia’s national carrier Aeroflot.

Last year Sheremetyevo operated the most on-schedule departing flights, with 95% being on time, according to Cirium. The airport was number one in both the category for Global Airports, and the category for Large Airports. Cirium is the world’s leading authority on airline on-time performance, aviation and travel data.

Aeroflot has also transformed itself from cranky Soviet-era carrier to a modern international airline that puts the emphasis on service. Aeroflot has also won several awards in recent years for high quality service and reliability. It was named as the world’s most on-time global mainline airline in 2019 by Cirium and won two “industry Oscars” in November for best airline brand and best business class service, the company said in a press release.

Jeremy Bowen, Cirium CEO, said in a statement: “Airlines and airports which consistently operate on-time and go that extra mile for their customers deserve to be recognised in an increasingly competitive environment and should be justifiably proud of reaching such a world-class industry standard.”

The chairman of SVO, Alexander Ponomarenko, said: “We are thrilled to be recognised for our on-time performance at Sheremetyevo. We are constantly seeking to improve traveller experience for those who travel through SVO as a gateway to Russia and the world.  This recognition is a testament to those efforts.”