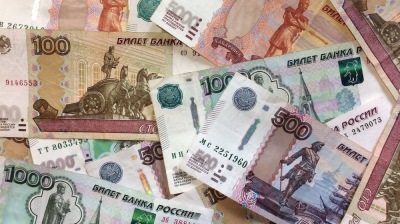 Analysts say the rate is largely artificial, as its value has been boosted by the strict capital controls imposed by the Central Bank of Russia (CBR) following Russia’s invasion of Ukraine on February 24.

The value has also been pushed up by soaring commodity prices that has earned Russia a windfall of over €100bn of payments for oil and gas exported to Europe since the war began.

The value has been lowered further by the extreme sanctions imposed by the West on Russia that has seen the volume of imports, predominantly equipment and machinery, cut in half, leading to record current account surpluses.

Some economists have dubbed the current strong ruble “Dutch Disease on steroids” as the value of the currency is being pushed up by the same commodity export inflows that pushed up the Netherlands guilder when that country began to produce gas.

The government has become concerned by the high level of the ruble and is working to weaken it back to its fair value, which economists estimate to be around RUB65-70 to the dollar. However, with the sanctions in place the authorities have fewer tools at their disposal. The so-called budget rule that automatically syphons off excess earnings to the National Welfare Fund (NWF) to sterilise them has been suspended after the West seized some $300bn of CBR reserves. Another alternative is to reduce the inflow of revenues from raw material exports.

Swimming in liquidity, the Kremlin appears to be taking advantage of its windfall to turn up the pressure on Europe and has cut gas supplies to multiple countries, either by outright cutting them off, or more recently using maintenance issues to reduce flows westward dramatically.

Storage tanks in Europe are already 58% full ahead of the heating season that starts on October 1, but experts say that if gas supplies to Europe are halted completely now there are not enough alternative sources of gas to fill tanks sufficiently to get through the next cold season without drastic action like gas rationing.

Europe’s gas storage on track to meet 80% full by start of heating season
3 hours ago
Kosovo’s population dropped to 1.77mn in 2021 as emigration outweighed natural increase
14 hours ago
North Macedonia’s PPI jumps 21.7% y/y in May
19 hours ago
IMF says war in Ukraine, inflation and energy crisis pose challenges to Serbia’s economy
1 day ago
Poland’s unemployment rate falls to lowest point since 1990
2 days ago