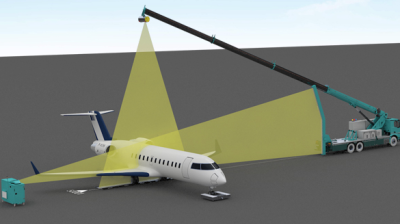 MB Telecom has developed the world’s first full airplane scanner, allowing whole planes to be scanned in just minutes.
By Kit Gillet in Bucharest May 31, 2016

Sitting in his company headquarters in the northern outskirts of Bucharest, a few miles from Romania’s largest airport, Mircea Tudor is animatedly discussing the potential of the new technology that his company MB Telecom has developed and how it could be a must-have for global airlines in just a few short years. “There is reason to think that within five years this technology will be a requirement for aviation authorities [around the world],” he says, confidently.

MB Telecom has developed the world’s first full airplane scanner, allowing whole planes to be scanned in just minutes, stopping ­– or at least heavily reducing – the risk of bombs, weapons and drug smuggling. This is particularly relevant today when the threat of aircraft being targeted by terrorists is a real and growing concern.

“If there is a bomb threat, today’s procedure is to land the aircraft at the nearest airport. Passengers and baggage are then evacuated and a physical inspection takes place, which takes up to five hours,” says Tudor, adding that even then cavities in the technical areas of the plane can’t be properly inspected. “A small bomb of 200 grams, if placed in the tail or wing, can crash any aircraft,” he says.

From trucks to planes

MB Telecom, founded in 1994, has a long history of producing scanners, though for the longest time these were designed for trucks and containers. The company started developing the aircraft scanner technology in 2009, though it took four years to bring it to prototype and it is only in the last few months that the first one has been installed at a major international airport – at Bucharest’s Henri Coanda Airport.

The scans work like a standard x-ray, revealing even the smallest object on the plane, right down to the size of a coin and smaller, with any organic compound – ever present in explosives – shown in orange. The scanner is mounted on a crane boom that beams a triangle of radiation down through the plane, while a robotic device pulls the aircraft through the scanning area. “For us, a medium-size aircraft takes six to eight minutes. The largest aircraft takes maybe 15 minutes, but that is 100% yes or no, versus five hours and still maybe unsure,” he says.

Tudor, 58, who won the EY Entrepreneur of the Year award for Romania in 2014, is an evangelist for the technology and sees vast potential for it, not to mention the savings that it could offer airports and airliners. Every time there is a bomb threat anywhere in the world the airline affected needs to find an alternative plane to take on the passengers, issue new tickets, find hotels, while the airport where the plane landed is generally blocked off due to the risk. “So the airport is paralysed – no departures or arrivals,” Tudor says.

In addition, for security to access technical cavities in the fuselage and wings – if they are being thorough – requires specialised teams trained by the producers of the aircraft, and such teams aren’t available anytime, anywhere. “You have to get them to the plane, and that can take hours or even longer,” says Tudor.

While the technology that MB Telecom offers isn’t cheap – each Roboscan Aeria costs between €3mn-6mn, depending on the accessories – Tudor says that a single bomb threat costs civil aviation more than that, and they happen every week. 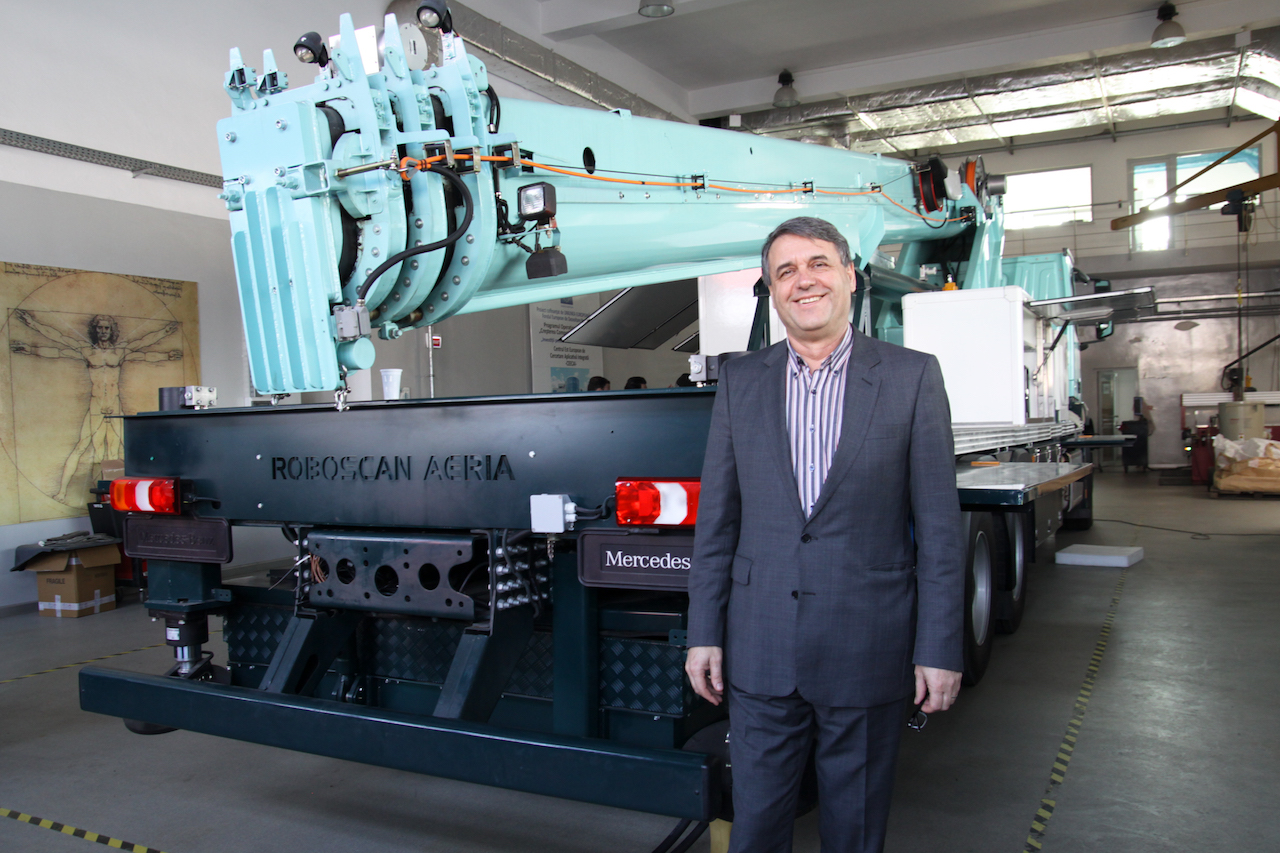 According to Tudor, the first patent submitted for an aircraft scanner was in the 1980s, and there have been several patents submitted since, but all of the methods were more theoretical than practical, “with no possibility to be replicated in a serial production”. Tudor maintains that his company is the first to come to the market with a mature solution that can scan whole aircrafts. “There is one US company trying to scan aircrafts with technology made for trucks and containers, but it is very limited, with a very limited penetration into the body of the aircraft,” he says.

MB Telecom currently has the capacity to produce 12 scanners a year in Romania, with a new factory in Switzerland able to make 80 units a year coming online soon. However, Tudor expects huge demand for the technology in the near future. “Every week we have delegations coming from the Far East, Europe and Latin and North America to visit us,” he says.

MB Telecom currently has 130 employees, half of which are experts and engineers – including in nuclear physics, electronics, automation, software development, mechanics and hydraulics. “We cover all fields inhouse,” Tudor says. The company invests 95% of its profits in research, with annual revenue of roughly €10mn. However, Tudor believes this number will explode in the near future. “Definitely the need [for the technology] is there,” he says.

However, the company isn’t resting on its laurels. “Our technology must function in -25°C in a northern airport, and 50°C in the Middle East and Africa. We are very keen to offer reliable technology that can operate in various weather climates. It is like the first Ford Model T – for sure this is just the beginning,” he says. 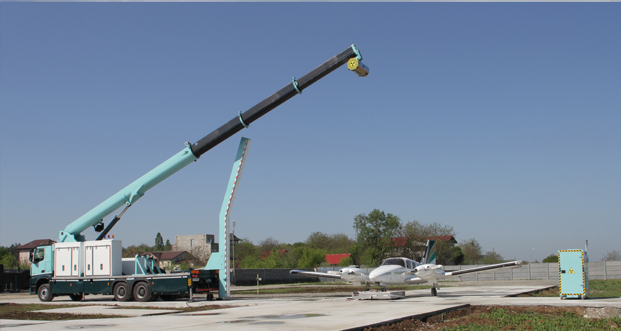