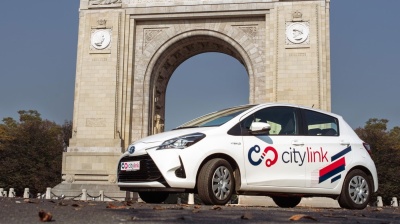 Citylink, a Romanian car-sharing platform, has acquired itaxi, the first ride-hailing platform in Moldova, which is also active in Ukraine.

The transaction is the first step in Citylink's regional expansion strategy, and will give it a base for growth in major Moldovan cities as well as the Ukrainian city of Odessa.

“The extraordinary potential of smart mobility services is not only demonstrated by the growing appetite for the collaborative economy in Romania, but is also confirmed by the strong growth opportunities in the region,” said Igor Grosu, CEO of Citylink, in a press release.

This, therefore, made it a logical step “for Citylink not only to increase the footprint of its services in Romania, through the car-sharing and bike-sharing areas, but also to expand beyond borders and to acquire another technological leader, itaxi, the first platform for smart mobility in Moldova, also active in Ukraine, with a proven track record of innovation and trust, since 2012.” The company is also aiming for geographical expansion in Romania.

In addition to its car-sharing platform, Citylink recently announced the addition of a bike-sharing service in the Romanian capital Bucharest.