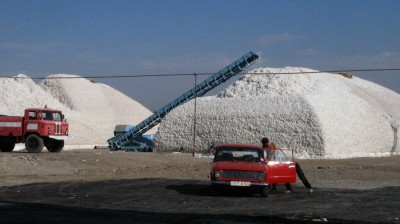 The analytical arm of Russia-based investment bank Renaissance Capital said in a report published last week that Uzbek equities “could be interesting on a three- to five-year perspective” as the bank expects the Uzbek economy to grow by above 5% per year for a decade to come thanks to beneficial demographic trends and a strong reform agenda. 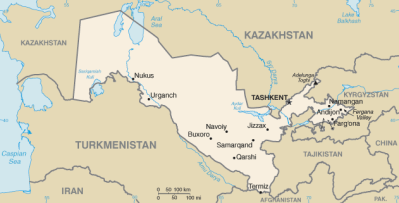 Uzbekistan’s “medium-term strategy is aimed at boosting market development, decreasing the share of the state in the economy, increasing efficiency and promoting economic diversification”, the report noted.

It added: “Uzbekistan is opening up to foreign investors, seeking to attract external expertise and technologies, implementing a large-scale manufacturing reequipment programme, investing in infrastructure, restructuring state companies and drawing up extensive plans for privatisation. Capital investment is booming, with growth above 50% YoY in 1H19, and the share of investment in GDP rising to regional highs of c. 30%. The government is supporting infrastructure development, including a project for the construction of a nuclear power plant, launched with Russia in 2019, that could provide up to 30% of the country’s electricity needs from 2028.”

“Lots of efforts are already visible, and senior officials whom Renaissance Capital’s team met at a recent conference in Tashkent, on ‘The role of capital markets in economic development of Uzbekistan’, seem to be in a hurry to deliver results,” the report continued.  “In 2019 new institutions have been created to foster the process, e.g. the Capital Market Development Agency (CMDA) and the State Assets Management Agency (SAMA). A number of new regulations for the financial system have been adopted recently, including a new version of the law on the central bank, and laws on the banking sector and payment system.

“More changes are due to come in 2020, with a strategy for capital market development to be finalised by February 2020. Uzbekistan is trying to follow best practices, and is investing in human capital by attracting external expertise and high-quality professionals (including the repatriation of Uzbeks living abroad). Uzbekistan seeks to become a financial centre for the region. This is supported by its favourable geopolitical location, but also by the fact that Uzbeks view themselves as natural leaders of the region."

“We note that Kazakhstan shares the same ambition, and for now it is several steps ahead,” the report added. “So we can see active competition in this regard – which will most likely have a positive effect.”

The report noted that Uzbekistan’s growing manufacturing sector, which accounts for 16% of Uzbek GDP, drew comparisons to South Korea’s initial economic model with a focus on protectionism. It also focuses on Uzbekistan’s potential to “bring people ‘away from the fields and mountains’” as the country is still largely rural with agriculture accounting for 30% of GDP. Considering positive demographic trends in the region, the report argued that the Uzbek labour force could be a significant driver of growth.

North Macedonia’s central bank decided on January 15 to cut the key rate to 2% from 2.25%, assessing that there is a space for further easing of monetary policy. The decision was based on ... more

Turkish industrial production rose for the second-straight month in October—but the pace of the recorded growth was significantly less than anticipated, weighing on expectations for a fast ... more