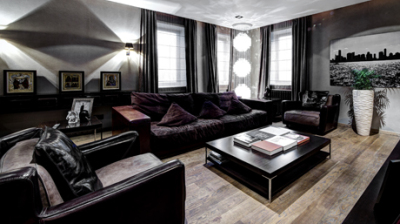 As reported bybne IntelliNews, mid-cap player Samolet has strong positions in the lucrative Moscow residential market, but its anticipated IPO was among other Russian offerings postponed on the bad coronavirus (COVID-19) affected market.

However, the real estate market seems to be turning now and the company says that has seen the change reflected in its financial results.

In the challenging year the largest developers were supported by the state discounted mortgage programme, with Moscow accounting for almost half of the mortgages issued.

In addition, Samolet commented that gains in efficiency and cost control had allowed it to have a 23% gain in gross profit, and the 44% expansion of the bottom line.

The state has been subsdising mortgages at 6.5% and plans to extend the programme as mortgages have become a major driving force in the real estate business.

There was a record mortgage origination of RUB375bn ($4.8bn) in August with the subsidised programme covering 90% of that.

“The key driver of this record high mortgage origination was the subsidised mortgage programme (at 6.5%), with 90% of August mortgages on the primary market being issued through it. The programme is in place until 1 November, with a total for origination of RUB740bn, while it could be prolonged through 2021, subject to the efficiency of the existing programme and the availability of funds,” according to Minister of Construction Vladimir Yakushev.

But while the sector is returning to financial health thanks to the government support the sector is still slowing. Real estate 2020 completions could go down 5-6%, according to Deputy Prime Minister Marat Khusnullin.

The rapid mortgage origination has supported price growth in some regions report analysts, but is unlikely to trigger a cross-country recovery in prices.

Khusnullin also mentioned the state infrastructure bond programme for RUB1 trillion that is being discussed has a real estate sector component of RUB300bn. Increasing the housing stock is one of the 12 national projects and is set to receive significant state support.

In 8mo20, residential completions declined 7% y/y to 39mn sqm, mostly because work at construction sites was halted during the pandemic-related lockdowns.

The second half of the year is seasonally stronger for completions, especially towards the year end, and operating conditions are to play a vital role, say analyst with BCS GM.

“The subsidised mortgage programme, with a 6.5% rate, has been in place since 17 April and is a strong support factor for sales. In May-August, new originations surged 40% y/y to RUB1.2 trillion, while August volumes printed a record high,” BCS GM said in a note.