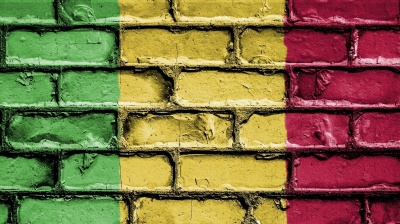 The presence of Russian mercenaries in Mali cannot be denied any longer, British Ambassador James Kariuki told the UN Security Council on October 18.

Speaking at the council’s quarterly briefing on Mali, the British diplomat pointed to a report that accused the Russian private military company Wagner of taking part in human rights abuses alongside Malian troops.

“The terror imposed by [terrorist] groups must not be countered with a military response that itself fails to protect civilians and their human rights,” Kariuki said.

“In August, the UN Independent Expert on human rights in Mali reported violations committed by Malian forces alongside - and I quote - ‘foreign military personnel described as Russian military officials’. The malign presence of the Wagner Group can no longer be ignored or denied.”

Wagner has been seen throughout Africa, mainly acting as a private army for countries seeking help in fighting terrorism. According to reports, the private military company, widely seen as in lockstep with the Kremlin, has been active in the Central African Republic, Mali, Sudan, and others.

Wagner arrived in Mali in 2021, following a deal with the military junta, which was seeking help fighting an Islamist insurgency. In April, the group was accused by Human Rights Watch of participating in the summary execution of 300 people.

Recent investigations into the Kremlin’s involvement in Sudan, for example, have revealed a network of Russian firms linked to Wagner reportedly used to loot Sudanese gold and smuggle it out of the country to boost Putin’s war effort in Ukraine while helping the military regime crush a movement for a democratic Sudan.