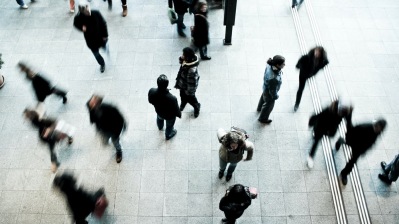 One out of two Russians support continuing the war in Ukraine, while one out three want peace, according to a new poll. / bne IntelliNews
By bne IntelliNews August 10, 2022

One out of two (52%) of Russians support continuing the war against Ukraine, whereas one out of three (38%) of respondents were in favour of moving to peace talks with Ukraine, according to a new poll by the Russian Field sociological agency, reports Kommersant.

The authors of the study note that over the period from mid-March to the end of July, the ratio of supporters and opponents of the special operation remained practically unchanged: now 69% of respondents support it, 23% hold the opposite opinion, and another 8% found it difficult or refused to answer.

The survey also showed that 65% of Russians would support a peace treaty with Ukraine if Russian President Vladimir Putin announced it. At the same time, 60% would support a new attack on Kyiv if Putin decided that.

A bit less than two thirds (62%) of Russians are sure that the special operation is "definitely" or "rather" successful, a fifth (19%) hold the opposite opinion, and the same number found it difficult to answer.

In addition, there is an attitude that is rooted in society that “the authorities know better, we are small people” and the “little man” is not very versed in current politics and does not want to become so, the authors of the report said.

The authors of the study warned that its results may not show the real situation, since there is a fear of talk about the war that has increased among Russians. Calling the conflict a “war” is now illegal in Russia and can earn lengthy jail sentences.